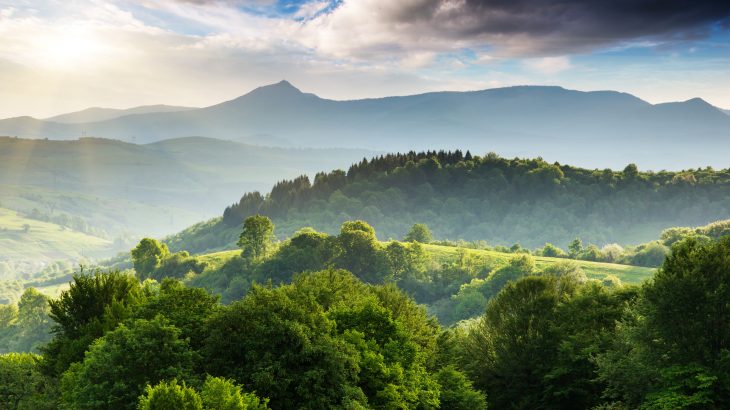 For more than a decade, 2003 was ranked as the driest and hottest year in documented history. But from April to October of 2018, temperatures exceeded the record heat of 2003 by an average of 1.2 degrees Celsius.

Temperatures in 2018 were 3.3 degrees Celsius higher than the long-term average, and the heat led to dramatic consequences across forests in Germany, Austria, and Switzerland.

In a new study, researchers led by Professor Bernhard Schuldt of JMU Würzburg investigated how forests have responded, and will continue to respond, to prolonged extreme heat.

“The past five years were among the warmest in Central Europe since record, and 2018 was the most extreme one,” said Professor Schuldt. “At such temperatures, our Central European vegetation reaches its limits.”

In collaboration with researchers from Germany and Switzerland, Professor Shuldt analyzed the physiological impacts of heat stress on trees in Central Europe.

The study revealed that in excessive heat, trees lose too much water through the surface. This causes more tension in the wood’s conducting tissue that it can handle, which ultimately leads to hydraulic failure.

In the summer of 2018, drought-related stress symptoms were almost immediately observed in the most ecologically and economically important tree species, including leaf discoloration and premature leaf shedding.

By 2019, the effects were even more severe. According to the research, many broad-leaved trees did not unfold their leaves because they had already died. Some of the trees that managed to survive the 2018 event were unable to endure heat and drought the following year, and others became increasingly susceptible to invasive beetles and disease.

“Spruce was most severely affected, mainly because this mountainous species has been planted outside its natural habitat in Central Europe,” said Professor Schuldt. “Unexpected was, however, the extent to which beech trees were affected. Here in Northern Bavaria, I have seen several stands with complete dieback, especially on sites with shallow soil.”

This year, once again, the climate conditions in spring started out extremely warm and dry. “Now, in June 2020 we have fortunately received high amounts of rainfall.”

However, Professor Schuldt expects that trees severely affected by the 2018 and 2019 droughts will continue to die in the coming years. He also noted that extreme drought and heat events will become more frequent in near future due to climate change. This means that forests will have to be restructured with the addition of tree species that are as drought-resistant as possible.

“However, we still have to identify what species combination is best suited, also from an ecological and economic perspective. This is going to take some time,” said Professor Schuldt.

“Although damages to our forests are obvious, it is difficult to quantify them at high temporal and spatial resolution.” For this reason, remote monitoring systems are needed to support ground-based measures.

“In the US, such systems are operating in given regions, but they are currently lacking for Central Europe. We will not be able to monitor forest health from the ground at larger scales.”

The study is published in the journal Basic and Applied Ecology.