Eye contact is easier when a person’s face is tilted, study shows • Earth.com 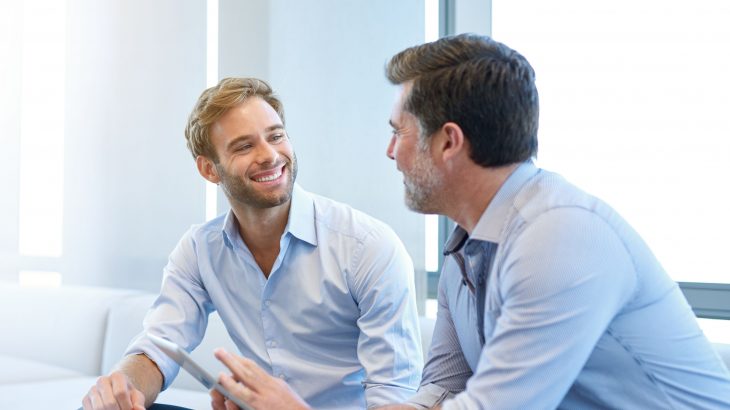 Eye contact is easier when a person’s face is tilted, study shows

Surprisingly, relatively little is known about how the brain recognizes faces and facial cues, even though we take in and process tons of information just by looking at another face.

When we see another person’s face, we can take a guess at their age, gender, race and even know what kind of mood that person might be in based on their expression and gaze.

Researchers are working on understanding the underlying mechanisms that make this process and interpretation of information in the brain possible and for a good reason.

Facial recognition is a key part of social engagement and helps us understand our surroundings. On the other hand, when we meet someone who doesn’t make eye contact we sometimes misinterpret that to mean disinterest on the part of the other person.

Nicolas Davidenko, an assistant professor of psychology at the University of California, Santa Cruz, recently led a study to examine facial “fixation,” in the hopes of gaining new insight into facial recognition. The study was published in the journal Perception.

Fixation is just what the name implies, what our eyes tend to fixate on when looking at someone’s face. Past studies have shown that we naturally focus on the left side of someone’s face and this is called “left-gaze bias.”

Davidenko wanted to know if left-gaze bias was still present if someone looked at a titled or slightly rotated face.

“We take in faces holistically, all at once–not feature by feature,” said Davidenko. “But no one had studied where we look on rotated faces.”

To test this, Davidenko used eye-tracking technology to monitor participants looking at faces with different tilts and angles.

The results showed that as soon as the face tilts, left-gaze bias disappears and is replaced by “upper-eye bias” where the eyes fixate on the higher point.

“People tend to look first at whichever eye is higher,” said Davidenko. “A slight tilt kills the left-gaze bias that has been known for so long. That’s what’s so interesting. I was surprised how strong it was.”

A tilt of the head at 45 degrees seemed to the sweet spot for people and garnered the strongest upper-eye bias, but tilts at an angle past 45 degrees had the opposite desired effect.

“Ninety degrees is too weird,” said Davidenko. “People don’t know where to look, and it changes their behavior totally.”

The results of the study also showed that people have an easier time making eye contact with a tilted face, which could help create better pathways for social engagement and communication among people with autism and who struggle with eye contact.