Wildfires and smoke in southwestern Australia 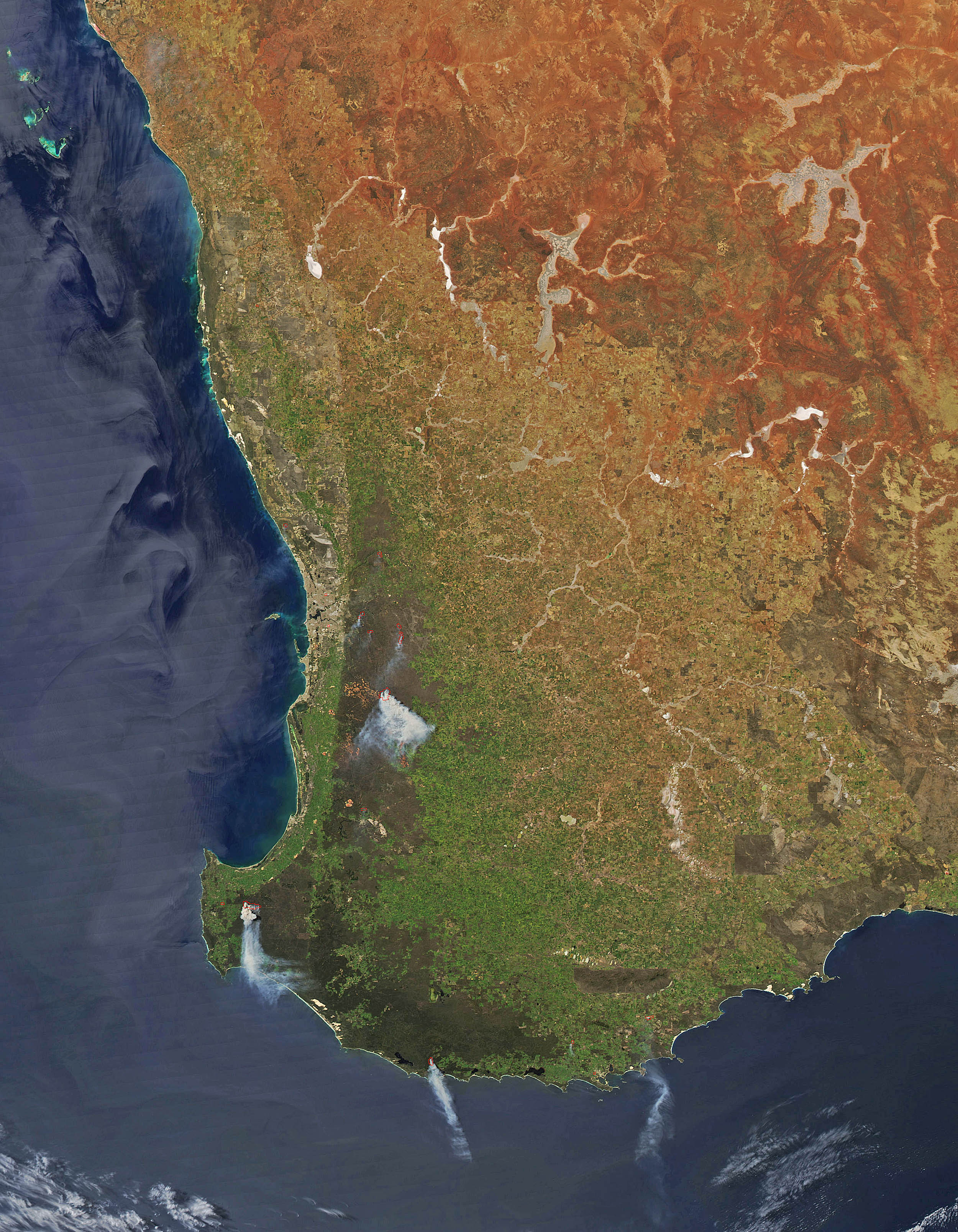 Wildfires were torching the forests and grasslands of southwestern Australia when NASA’s Aqua satellite passed over the region in mid-October 2016. The Moderate Resolution Imaging Spectroradiometer (MODIS) aboard that satellite captured this true-color image on October 12.

Each red-outlined area, known as a “hot spot”, is an area where the thermal sensors on the MODIS instrument detected areas hotter than background temperature. When accompanied by typical smoke, as in this image, such hot spots are diagnostic for actively burning fires.

Although several large bushfires have roared nearly out of control in the drier areas of northern Western Australia recently, it appears that the fires in this satellite image are likely primarily prescribed burns rather than bushfires. It is not possible to determine what type of fires from the image, but many of the fires match with a Prescribed Burn map published by the Western Australia government. In addition, PerthNow reported that several prescribed burns were carried out in Perth and around the state.

The prescribed burns were set to manage vegetation and natural resources after a spell of wet and cold weather recently affected southern Western Australia.