Fake cobwebs can cause more than just a spook to wildlife • Earth.com 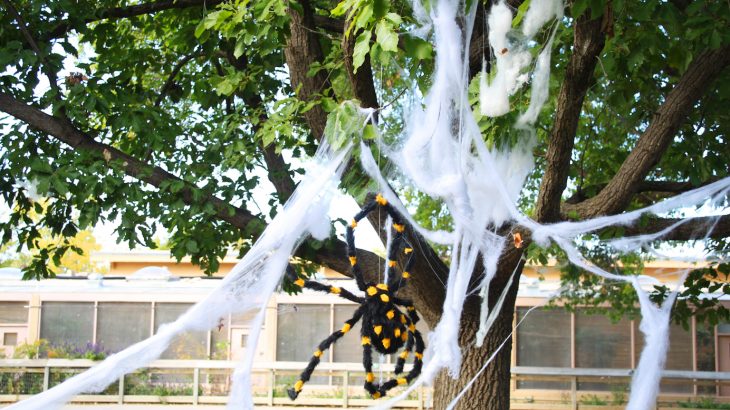 Fake cobwebs can cause more than just a spook to wildlife

Ahead of Halloween, wildlife officials are urging people to take precautions to protect wildlife. While fake cobwebs are meant to be a fun part of the festivities surrounding the holiday, they pose a risk to wild animals who can become entangled in the fabric.

Fake cobwebs can catch a number of species who live in close proximity to humans such as deer, squirrels, raccoons and insects. Birds are likely at the greatest risk of entanglement, especially when cobwebs are hung off the ground and obstruct a bird’s flight path. Since the cobwebs are lightweight, they can also blow away and enter animals’ habitats.

In one instance, an owl in California became entangled in a fake cobweb on Halloween night. When the owl tried to escape, he panicked and only became more ensnared. Thankfully, the Marin Humane Society responded to the scene and rescued him. He was then taken to WildCare in San Rafael for treatment and was returned to the wild. The family took down their cobwebs after the incident and decided to stop using the decorations permanently.

It’s not just Halloween that threatens wildlife. WildCare has seen animals clash with decorations throughout the year.

“It’s a lot more common than people realize,” said WildCare Director Melanie Piazza told NBC Bay Area. “We’ve had squirrels come in with Fourth of July banners wrapped around their tails and deer that have been stuck in Christmas lights.”

Fireworks can also cause harm to wild animal through loud noises, toxins and direct obstructions. One Arkansas neighborhood famously brought in the New Year in 2011 with thousands of dead birds falling from the sky. Wildlife officials believe the fireworks caused the birds to become disorientated. The birds began flying at lower heights to avoid the fireworks and collided into homes and trees, resulting in their death.

People who want to enjoy their holidays do not need to forgo all decorations. For Halloween, people can hang fake cobwebs up from inside their windows or use other decorations such as jack-o’-lanterns with fake candles. This way the only ones who are spooked are the trick-or-treaters.