A father’s life experiences can impact the health of their offspring • Earth.com 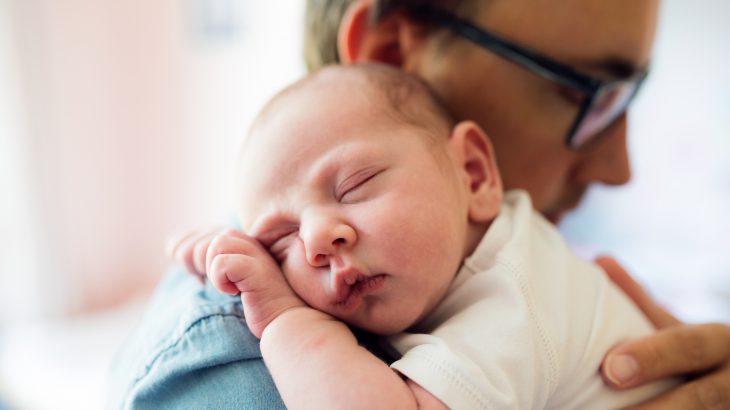 It’s likely that the traits you received from your father – whether they be physical or otherwise – are quite noticeable. Through genetics, he may have passed down his hair color, height, or sweet tooth to you – the lucky (or unlucky) recipient. But along with the traits we know to be inheritable, studies of humans and animals have suggested that a father’s experiences, such as diet or environmental stress, can ultimately influence the health and development of his offspring and their offspring as well. However, the mechanisms by which these effects are transmitted across generations remains a mystery.

Luckily, Susan Strome’s lab at the University of California, Santa Cruz, has been working to decode the mechanisms behind this phenomenon. Their work involves a tiny roundworm called Caenorhabditis elegans (known across the scientific world as C. elegans) which they use to show how marks on chromosomes that affect gene expression can be transmitted from parents to offspring. These are called “epigenetic marks,” in reference to epigenetic changes that are chemical modifications of either DNA itself or the histone proteins with which DNA is packaged in the chromosomes.

Unlike a mutation, epigenetic changes do not alter the DNA sequences of genes. Despite this, through these chemical modifications they can influence gene expression, turning genes on or off in cells at different stages of development. The idea that epigenetic modifications lead to changes in gene expression transmitted from generation to generation is known as “transgenerational epigenetic inheritance,” and has recently been a major focus of scientific study.

“We decided to look at C. elegans because it is such a good model for asking epigenetic questions using powerful genetic approaches,” says Strome, a distinguished professor of molecular, cell, and developmental biology. Specifically, her researcher published in Nature Communications focuses on the transmission of epigenetic marks by C. elegans sperm.

“Like zebrafish, worms represent an extreme form of histone retention by sperm, which makes them a great system to see if this packaging really matters,” explains Strome. Her work focused on a specific epigenetic mark; the easy to remember “H3K27me3” mark, which has been well-established as a mark of repressed gene expression in a wide range of organisms.

When the researchers removed this mark from sperm chromosomes, it caused the majority of offspring to be sterile. After this discovery, they wanted to determine if the mark was sufficient to guide normal development of germ cells in the offspring (germ cells give rise to eggs and sperm). To do this, they analyzed a mutant worm that had an abnormal chromosome segregation pattern, where after the first cell division, one cell of the embryo inherits only sperm chromosomes while the other cell inherits only egg chromosomes. Normally, each cell of an embryo inherits both.

This abnormal chromosome segregation pattern allowed the researchers to generate worms whose germ line inherited only sperm chromosomes, and therefore only sperm epigenetic marks. As it turned out, these worms were fertile and had normal gene expression patterns.

“These findings show that the DNA packaging in sperm is important, because offspring that did not inherit normal sperm epigenetic marks were sterile, and it is sufficient for normal germline development,” says Strome.

Although this study exhibits the importance of epigenetic information transmitted by sperm for normal development, it does not address the initial question of how the life experience of a father can affect the health of future generations. Strome and her team endeavor to explore this question further.