How fecal inoculations could help save koalas • Earth.com 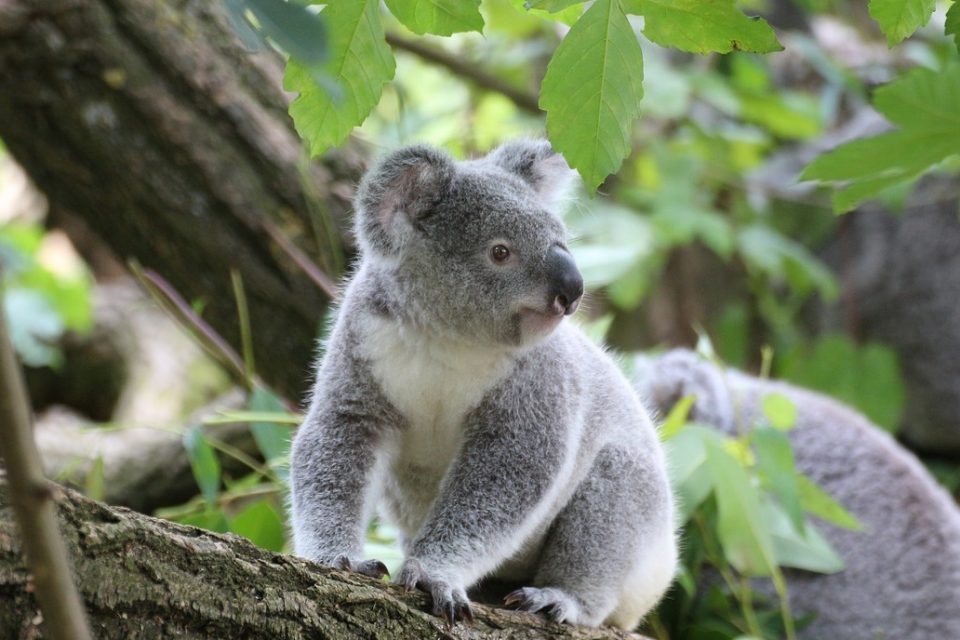 How fecal inoculations could help save koalas

Just a few years ago, there was a significant decline in the koala population of Cape Otway in Victoria, Australia.

“In 2013 the koala population reached very high densities, leading them to defoliate their preferred food tree species, manna gum,” explains Dr. Michaela Blyton of the University of Queensland, an author on a new study published in Animal Microbiome. “This led to 70 per cent mortality due to starvation, which was very distressing.”

Blyton noticed that even though the koalas were dying of starvation, many of them refused to start eating their less-preferred tree species, known as messmate. This was made stranger by the fact that some koalas feed only on messmate.

“This led me and colleague Dr. Ben Moore at Western Sydney University to wonder if the microbes present in koalas’ guts – their microbiomes – were limiting which species they could eat, and if we could allow them to expand their diet with fecal inoculations,” says Blyton.

Thus began Blyton’s messy experiment of catching wild koalas and keeping them in temporary captivity in order to collect the end stage product of their messmate diets – less formally known as “poo.”

“We collected poo from radio-collared wild koalas that ate messmate, concentrated the microorganisms in the poo, packaged it into acid-resistant capsules and gave them to the captive koalas,” explains Dr. Blyton. “We then monitored how much messmate the koalas were willing to eat over an 18-day period and assessed how the microbiomes changed after the inoculations, comparing their diets to those of control koalas that received manna gum microbes.”

The results at the end of this period showed that the fecal inoculations actually changed the koalas’ microbiomes and allowed them to eat messmate.

“This could affect all aspects of their ecology including nutrition, habitat selection and resource use,” says Blyton. “Koalas may naturally have trouble adapting to new diets when their usual food trees become over browsed or after being moved to a new location. This study provides a proof of concept for the use of encapsulated fecal material to successfully introduce and establish new microbes in koalas’ guts.”

Blyton believes that this procedure could be used to help adjust koalas’ microbiomes before they are moved to environments where they have the habitat and food source to survive. The inoculation may also serve as a source of probiotics during and after antibiotic treatment. So next time you complain about needing to swallow a pill, just be thankful that its contents are bound to be more appetizing than a koala’s fecal inoculation.

Image Credit: The University of Queensland