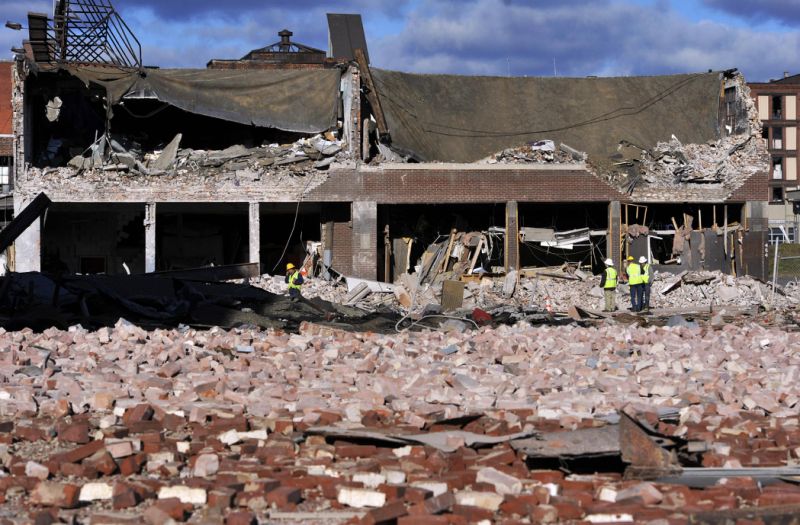 The Obama administration moved Wednesday to significantly expand a requirement for utilities to install inexpensive safety valves on gas lines across the U.S. after deadly fires and explosions going back decades that could have been avoided.

The National Transportation Safety Board and other safety advocates have pressed for years to broaden requirements for so-called excess flow valves. The devices cost about $30 apiece for residential use, according to officials, and are designed to automatically shut off the flow of gas when a line is ruptured.

An Associated Press investigation in 2012 uncovered more than 270 accidents dating to 1968 that could have been averted or made less dangerous if the valves had been in place.

Fire Capt. David Wells led the first company responding to the scene of a gas explosion in Springfield, Massachusetts, in November 2012 that injured at least 20 people and damaged dozens of buildings with a boom heard for miles. Investigators said the accident could have been averted if valves had shut off the spewing gas.

Having the valves in place also would help keep first responders safe, said Wells, adding that some of his colleagues are still recovering from injuries.

“It caused three guys to retire from the job, and some guys are still suffering from headaches and pains. Some of the guys are more gun-shy now when it comes to gas leaks,” Wells said.

Officials stressed that the valves won’t prevent lines from being ruptured, such as when a backhoe doing excavation work slices through a gas pipe servicing a house. But by limiting the amount of gas that escapes, the valves can prevent a buildup of fuel that can contribute to explosions or fires.

“This important action will add extra protections to communities serviced by the nation’s largest network of pipelines,” Transportation Secretary Anthony Foxx said in a statement.

Federal officials say the valves could have averted at least eight accidents that killed 10 people since 1998, including Springfield.

The valves also could help reduce emissions of greenhouse gases that are contributing to climate change, officials said.

As utilities across the country dig up their old cast-iron and plastic gas lines over the coming years, the proposed rule would ensure they are replaced with safer lines that can be shut off more easily, said Carl Weimer, executive director of the Pipeline Safety Trust, a safety advocacy group.

But Weimer said the proposal “won’t do much good for existing lines that lack valves and aren’t being replaced.”

Customers could request the safety valves under the rule for the tens of millions of gas lines already installed across the U.S., but it does not specify who would pay for their installation.

About 180,000 automatic valves would be installed annually under the rule, according to the Transportation Department’s Pipeline and Hazardous Materials Safety Administration.

Manual valves would be required for new or replaced gas service lines that deliver higher volumes of gas, such as for apartment buildings and large commercial or residential gas customers. The government projected more than 40,000 of those valves would be installed annually.

Out of more than 67 million gas service lines in the U.S., just over 9.3 million currently have excess flow valves, according to information submitted to regulators. A breakdown by type of customer was not available.

The American Gas Association said its members have been voluntarily installing the valves on some lines for the past two years.

The NTSB was reviewing the proposal to determine if it satisfies the board’s prior recommendations to install excess flow valves on all new and renewed gas lines, regardless of the type of customer, spokesman Keith Holloway said.

Industry representatives previously have raised concerns about the potential cost of installation, particularly for larger gas lines that would require specialized valves. American Public Gas Association Vice President John Erickson said utilities would be more accepting of a rule that is limited to smaller lines.

But Erickson added that quality control during valve manufacturing was crucial to make sure the devices don’t inadvertently shut off the flow of gas for no reason.

“It’s not going to affect every type of accident, but one where an excavator hits a service line, they seem to be effective at reducing the (gas) flow to where it’s an insignificant risk,” he said.

Installing the valves on new and replaced lines should cost between $4.4 million and $20.3 million per year, depending on the price of the valves, the Transportation Department said. Benefits from damages avoided were generally lower – between $7.3 million and $14 million.

Transportation officials said the proposal was nevertheless justified because of hard-to-measure benefits, such as avoided evacuations, environmental damages and the possibility of a high-consequence incident that could inflict mass casualties.

The 2009 mandate required excess flow valves to be installed on new and replaced gas distribution lines serving single-family residences. The proposal would expand that to include lines serving multiple homes, duplexes and small multi-family buildings, and shops ranging from doctors’ offices and shopping centers to banks.