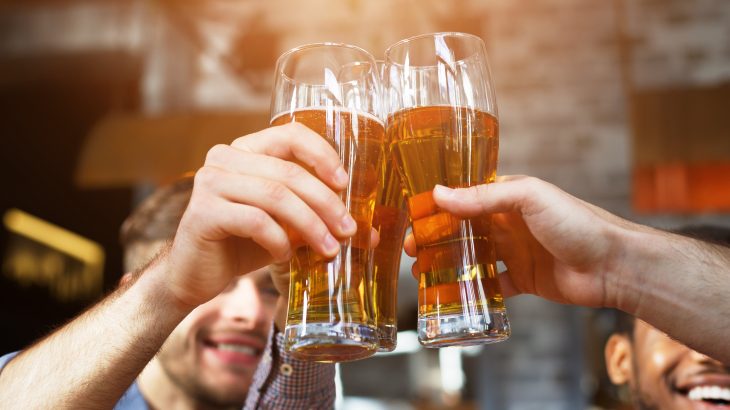 Fewer young adults are abusing alcohol compared to 20 years ago

Fewer young adults are indulging in alcohol today compared to 20 years ago, according to a study from the University of Michigan. Between 2002 and 2018, the number of college-aged Americans who abstained from alcohol increased from 20 to 28 percent among those enrolled in classes, and from 24 to 30 percent among those not taking classes. In both groups, alcohol abuse decreased by about half.

The experts said that overall, the findings show more positive than negative trends for alcohol use and misuse by young adults, but the progression still bears close monitoring.

Lead researcher Sean Esteban McCabe is the director of the Center for the Study of Drugs, Alcohol, Smoking and Health at the U-M School of Nursing.

“We’re encouraged by the significant decreases in alcohol use disorder – for both college and non-college students,” said McCabe. “The prevalence of alcohol use disorder in both groups in 2018 was roughly half of what it was in 2002. We are excited to learn about these drops in disordered drinking, as alcohol-related consequences are one of the leading causes of mortality and morbidity for young adults.”

The research was focused on data from a nationally representative survey of 182,722 young adults. The team examined how the use of alcohol and marijuana has changed among 18-to-22-year-olds in relation to college enrollment status.

The majority of survey respondents who reported using both alcohol and marijuana had also abused illicit or prescription drugs in the past year. The results suggest that substance use has shifted over the past two decades, with more young adults using substances other than just marijuana and alcohol.

“For example, from 2015 to 2018, only 2.5% of young adults who abstained from both alcohol and marijuana reported misusing prescription drugs, while 25.1% of co-users misused prescription drugs,” said Professor Schepis. “That is a tenfold difference with potentially dangerous consequences.”

McCabe noted that schools and employers may require more resources for interventions involving young adults who are both using and abstaining from drugs and alcohol.

“The finding that abstinence is increasing among college students and young adults not in college is very important for U.S. colleges and universities to take into account moving forward,” said McCabe. “There are over one million U.S. young adults in recovery and a wide variety of resources are needed to support these individuals.”