Fighting ability does not impact how soon a beetle gets back in the ring • Earth.com 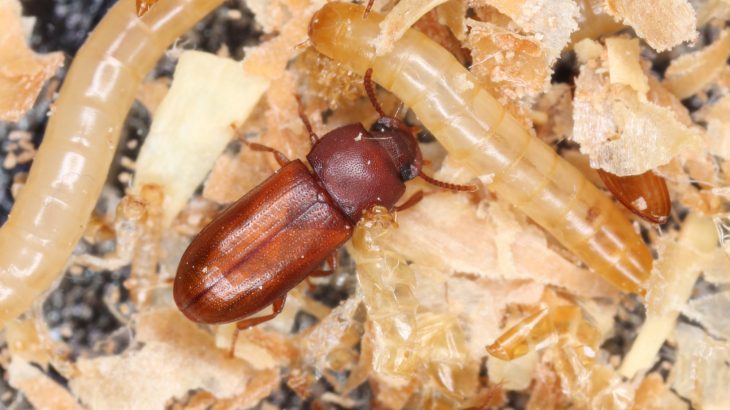 When a fight occurs between two competing animals, the loser of the battle often avoids violent altercations for some time. This is called the “loser effect,” and a new study shows that fighting ability does not affect how soon an animal returns to fight off others.

Researchers from the University of Exeter, Okayama University and Tokyo Metropolitan University studied and selectively bred captive beetles to understand how the loser effect evolves in a species.

The findings were published in the journal Proceedings of the Royal Society B.

Broad-horned beetles fight over females, and once a beetle lost a battle, most would not start another fight for about four days.

However, after selectively breeding the beetles to lose the “loser effect,” the beetles started fights sooner even though their fighting ability had stayed the same.

In other words, the loser effect is not determined by fighting ability, and the two evolve independently.

“By selecting males who experienced the loser effect for the shortest time, we were able to breed beetles willing to fight again sooner,” said David Hosken, a member of the research team. “It is fascinating that these males were no better at fighting. In other words, there is a complete disconnect between actual fighting ability and the duration of the loser effect.”

For the study, the researchers paired males together to see how they interacted for an hour. A winner was determined if the beetle had pushed or chased away his opponent.

Next, the researchers took the beetles that were less impacted by the loser effect, and after ten generations, loser beetles returned to fight other males after three days rather than four despite having the same fighting abilities.

The study shows that past experiences and losses determine future decisions for some species rather than actual fighting ability.

“It makes sense for animals to use past experience to decide whether to engage in a behaviour,” said Kensuke Okada, an associate professor at Okayama University. “Losing a fight is a useful clue of the likely benefits of further fighting for a particular individual. Some species also show a ‘winner effect’ – being more willing to fight after a victory – but that is not the case among broad-horned flour beetles.”