Fish cognition: Why Dory isn’t as dumb as she seems • Earth.com 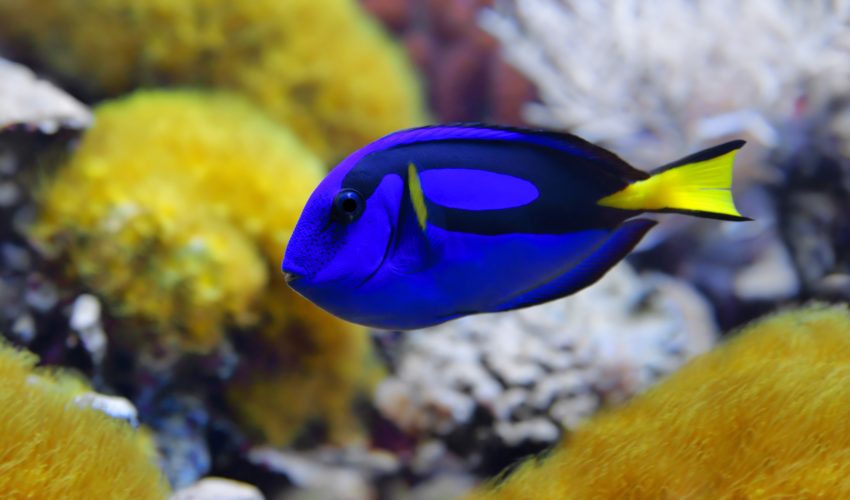 Fish cognition: Why Dory isn’t as dumb as she seems

“Just keep swimming,” pipes Dory, the spritely blue tang in the film Finding Nemo—over and over again. Her mantra amusingly invokes the longstanding perception of fish as dimwitted automatons, with little motivation beyond keeping themselves afloat, locating food and mates, and avoiding predators.

Because they have more primitive brains than higher vertebrates such as mammals and birds, the reactions of fish to their environments were long viewed as mere “fixed action patterns.” That is: their actions and reactions were thought to be simple, coded responses without any real basis in cognition. There was no “thought” behind their actions, just hard-wired instinct.

Though decades of research have slowly chipped away at this notion, most people still probably view fish as unintelligent and even incapable of feeling pain. The Nirvana song “Something in the Way” makes this explicit: “It’s okay to eat fish/’Cause they don’t have any feelings.” While this article will not concern itself with the ethics of fish consumption, it will delve into the evidence contradicting the latter point.

The fact is, recent research has demonstrated that in all likelihood, fish do feel pain. Studies have shown that mid and forebrain regions display different reactions to painful stimuli than to non-painful stimuli. And fish have been proven to possess nociceptors—the nerves necessary for perceiving pain. A 2017 University of Liverpool study showed that when pain-relieving drugs were administered to larval zebrafish, they stopped reacting to painful stimuli, and when the drugs were removed, avoidant behavior resumed, suggesting that their pain pathways are in some respects similar to those of higher animals.

Goldfish were demonstrated to avoid areas in their tanks where electric shocks were previously administered in a 2006 study at Queen’s University of Belfast, supporting the notion that they are capable of learning to avoid pain. And goldfish even learned to avoid such areas when food was present per a 2008 study, indicating an ability to weigh the costs and benefits of two powerful stimuli.

Fish have also demonstrated incredibly sophisticated cognitive processes once thought to be the exclusive province of mammals and perhaps birds. Investigations have shown that the spectrum of animal intelligence is far broader and more complex than previously thought. While fish do not form highly complex societies and alter their environments in the exact manner of humans, they do in fact display the key signifiers of cognitive ability—memory formation, learning, the ability to solve problems.

Fish inarguably possess more primitive brains than mammals, lacking a neocortex. But then again, so do birds. And their sentience is far less controversial. Some scientists have even argued that the primitive brains of fish possess structures similar to those responsible for cognition in higher vertebrates.

Behavioral studies are perhaps more compelling in demonstrating this, though. Fish have clearly discriminated quantities in the lab. Guppies (2018; University of Padova) and cleaner wrasses (2017; University of Neuchâtel) have both been shown to be able to select a screen with a larger number of dots if a reward is offered. In a 2018 study at the University of Trento, zebrafish preferred shoals with larger numbers of fish, suggesting a level of discernment by choosing safety in numbers.

Fish can even learn by observation. Archerfish learned how to hit a target by watching other archerfish in a 2006 study by the University Erlangen-Nürnberg, and in a 2007 study at Stanford, cichlids were shown to avoid conflicts with stronger males by watching them compete for mates. They can even recognize other fish. Shoaling behavior is known to be more efficient among fish that know each other. Cleaner wrasses, which pick parasites off of other reef fish, have been observed prioritizing fish that they have serviced before. They have demonstrated a capacity for memory as well. Goldfish fed from different colored tubes remembered the color of the tube that dispensed their food a year after the initial experiment.

One compelling study conducted at the University of South Florida in 2016 claims that manta rays, which have what are considered to be the most complex brains of any fish, were able to pass the so-called mirror test, in which an organism is able to recognize itself in a mirror. The great apes, elephants, dolphins, and a few species of birds have also passed the test. Some are skeptical that the behavior demonstrated by the manta rays as they viewed their reflections actually indicates self-recognition, suggesting that it may have instead been simple curiosity. Such debates underscore the reality: there is no true objective measure of sentience and consciousness.

Researchers have noted that the resistance to the idea that fish are sentient is rooted in the anthropocentric principle. That is: due to cultural factors, notably Christian religion, which gives man “dominion” over the beasts and birds and fishes, we humans view ourselves as inherently superior to our fellow residents of Earth. Add to that the misconception that evolution is a progressive process—moving inexorably toward higher intelligence—and we have a recipe for a view of our fellow creatures that places us at the pinnacle of intelligence and sophistication. In this schema, all other animals reside on lower tiers of the pyramid.

This hierarchy serves the additional purpose of justifying the actions of industry and science—if fish are in fact sentient, the way they are treated in harvesting and in experiments would have to be adjusted. Some scientists advocate the use of the precautionary principle—making these changes even in the absence of definitive proof of sentience with the assumption that that proof is forthcoming. A 2010 EU directive has already employed that to some extent in regard to the treatment of fish in lab settings.

While a consensus on the sentience of fish is a ways off, it is fair to say that they aren’t just filets with fins, bobbing around in the depths without a care in the world.