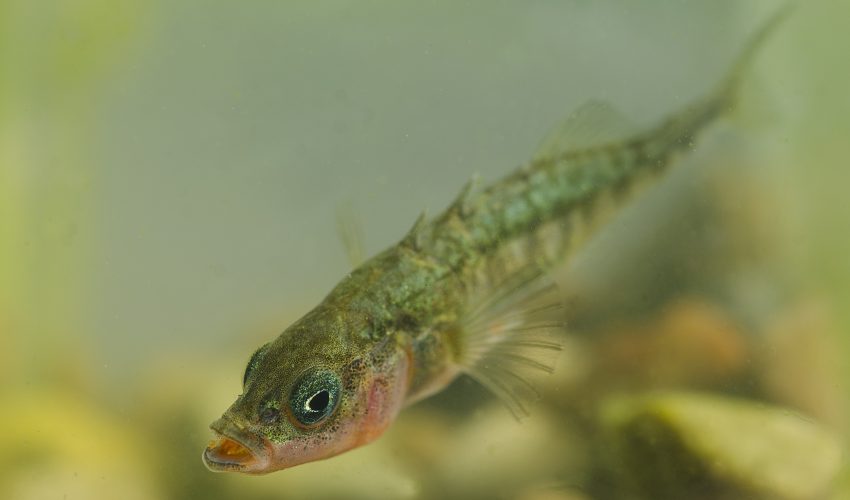 How fish prove that misfits sometimes thrive on new turf

For years, evolutionary biologists have believed that animal misfits that find themselves in competition with better-adapted locals will always struggle. Just like if you entered into a tennis tournament with a ping-pong paddle – not many people would expect you to do well.

However, a group of researchers at the University of Texas at Austin have recently discovered that in some circumstances, misfits actually thrive when surrounded by a large number of their native cousins.

“One hundred years of evolutionary theory is built around the idea that immigrants from one population dropped into another population of the same species don’t do well,” says Daniel Bolnick, primary investigator of the study published in the journal Nature. “Such immigrants are usually rare, and we have found that sometimes their rarity provides a competitive edge.”

The specific species the researchers studied was the three-spined stickleback, a small fish that lives in lakes and streams in Vancouver, British Columbia. Bolnick and his team studied two populations of this species. One group lived in a lake while the other was found in a nearby stream. The two groups differed in their overall size, immune traits, body shape, and defense against predators.

Previously, evolutionary theory would lead one to believe that moving the lake fish into the stream would cause them to have a competitive disadvantage compared to the native stream fish. But when the researchers performed experiments placing varying numbers of fish from one habitat into the other, they discovered that the misfits actually thrived.

These surprising results were due to the “immigrants” ability to go undetected by certain threats, as Bolnick explains: “You come in and you eat something nobody else around you eats, so you aren’t competing for food. The local parasites don’t know what to do with you because you have an unfamiliar immune system. So you’re better off than the residents.”

However, previous evolutionary theory was not completely dismissed. The researchers noted that being less adapted to the environment led to some negative effects on the newcomers. But overall, the study showed that there are circumstances where the benefits of being new can outweigh the setbacks of being less-adapted. The study determined that immigrants in these populations actually passed on their genes at a higher rate than the natives.

Bolnick believes this research may have implications in the protection and restoration of endangered species. Efforts to transplant corals from one location to another in order to slow down coral reef decline is often unsuccessful, Bolnick thinks this new addition to evolutionary theory can help with that: “My advice to someone doing any restoration work is that they can’t just consider how well matched immigrants are to the local habitat,” he says. “They also need to consider how the immigrants’ rarity affects their survival and reproduction.”