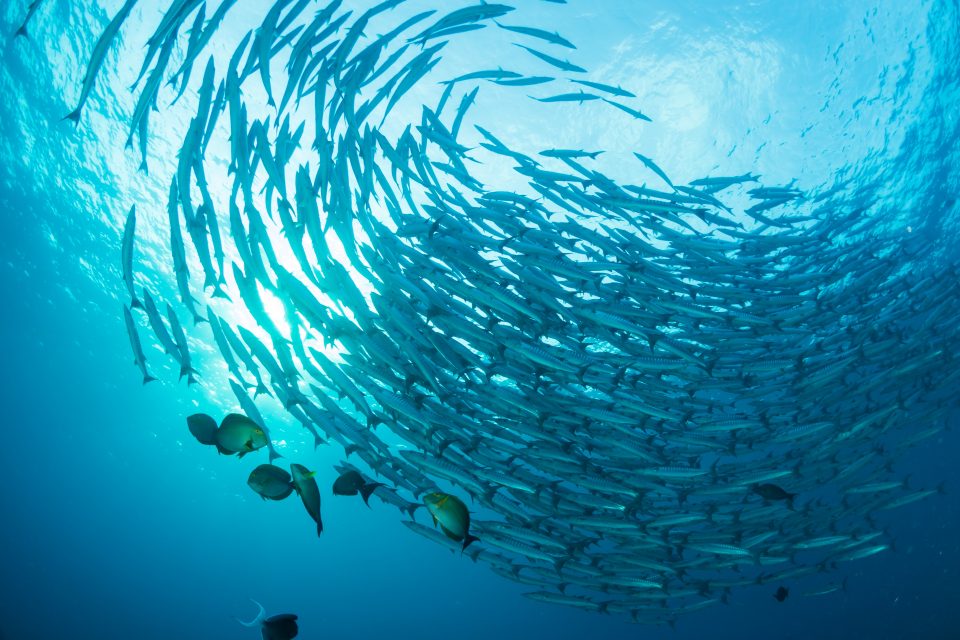 Climate change will impact the reproductive success of fish worldwide, according to an alarming new study. The researchers estimate that rising water temperatures will limit the reproductive ability of up to 60 percent of all fish species.

The study authors report that the risks for fish are much higher than previously realized, especially given the fact that in certain developmental stages they are extremely sensitive to rising water temperatures.

Fish have a low tolerance for heat during mating, which means the water temperature in a spawning area has a major influence on how successfully fish reproduce. With this is mind, fish will struggle in every type of  ecosystem that is affected by global warming.

The researchers estimate that as many as 60 percent of fish species will ultimately be forced to abandon their traditional spawning areas due to rising temperatures.

Organisms can only adapt to warmer water by providing their bodies with more oxygen. However, some species are more limited than others in obtaining additional oxygen.

A team of experts at the Alfred Wegener Institute, Helmholtz Centre for Polar and Marine Research (AWI) set out to investigate when fish are the most sensitive to heat throughout their lifetime.

The researchers analyzed data on the temperature tolerance of 694 saltwater and freshwater fish species. They examined the temperature that fish can survive in various life phases: as adults ready to mate, embryos in eggs, larvae, and as adults outside the mating season.

“Our findings show that, both as embryos in eggs and as adults ready to mate, fish are far more sensitive to heat than in their larval stage or sexually mature adults outside the mating season,” said study first author Dr. Flemming Dahlke.

“On the global average, for example, adults outside the mating season can survive in water that’s up to 10 degrees Celsius warmer than adults ready to mate or fish eggs can.”

Fish embryos have no gills to take in more oxygen, while fish that are ready to mate have extra body mass and higher oxygen needs. Even at lower water temperatures, fish are under more cardiovascular strain when they are ready to mate.

The experts report that with every degree Celsius of warming, the pressure on fish stocks will increase.

“If we human beings can successfully limit climate warming to 1.5 degrees Celsius by the year 2100, only ten percent of the fish species we investigated will be forced to leave their traditional spawning areas due to rising temperatures,” said study  co-author Prof Hans-Otto Pörtner.

By contrast, if greenhouse-gas emissions remain, average global warming is expected to hit 5 degrees Celsius or more. At this point, up to 60 percent of all fish species will become endangered.

In order to survive future warming, the affected species will have to either adapt through the lengthy process of biological evolution, mate at another time of the year, or find new spawning grounds. Some fish in rivers and lakes, however, are greatly limited so not have many options when it comes to seeking out deeper or cooler waters.

“Some species might successfully manage this change,” said Dr. Dahlke. “But if you consider the fact that fish have adapted their mating patterns to specific habitats over extremely long timeframes, and have tailored their mating cycles to specific ocean currents and available food sources, it has to be assumed that being forced to abandon their normal spawning areas will mean major problems for them.”