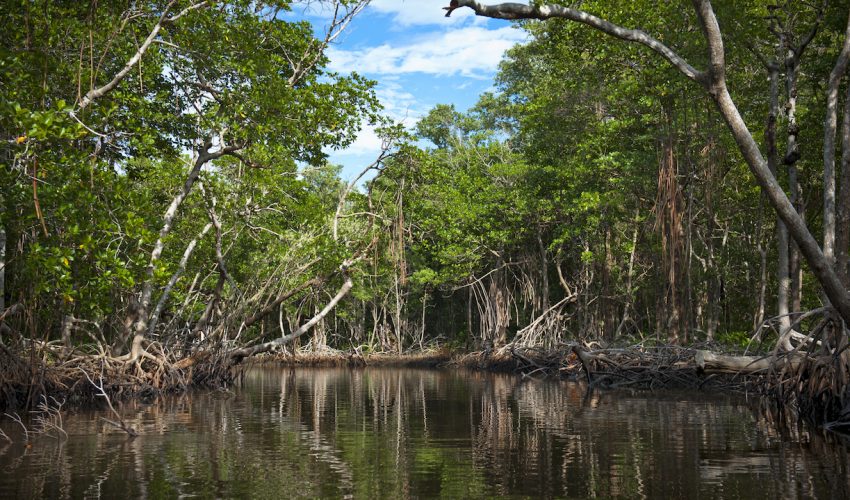 Florida’s mangroves may soon be underwater from rising sea level

Florida’s mangroves, a vital part of the ecosystem of the Everglades, could soon be completely submerged due to sea level rise, according to a new report.

Researchers from Florida International University (FIU) conducted a study and discovered just how threatened the mangroves were.

Without mangroves, coastal communities are at risk of flooding and some marine animals like manatees would lose much of their habitat.

The Florida Everglades are home to the largest mangrove forest in North America, consisting of vegetation that thrives in saltier water.

According to the Guardian, mangroves have been on a “death march,” moving further and further inland but now have nowhere to go due to reaching a man-made levee. The mangroves could be completely submerged in the next 30 years.

“There’s nowhere left for them to go,”  Randall Parkinson, a coastal geologist at FIU told the Guardian. “They are done. The sea will continue to rise and the question now is whether they will be replaced by open water. I think they will. The outlook is pretty grim. What’s mind-boggling is that we are facing the inundation of south Florida this century.”

For the study, the researchers collected sediment cores from mangroves and analyzed both aerial photographs and satellite imagery taken over the years.

The researchers discovered that mangroves south of Miami were retreating about 100 feet a year.

Wetlands provide a crucial safety net against flooding and storms, and there are concerns about what the retreating mangrove forests mean for Florida’s coastal communities.

When Hurricane Harvey tore through Texas earlier in 2017, much of the flooding that overwhelmed the city could be attributed to diminishing wetlands and the flat geography of the region.

Besides the increased risk of flooding from storms and sea level rise, mangroves and the Everglades are crucial for many animals like the threatened manatee and Florida Panther.

The Guardian reported that over the past century, the Everglades have shrunk by half as areas are drained to make room for population growth.

Even through conservations are working to restore the Everglades, climate change is driving sea level rise at a rapid rate.

In Florida, sea levels are rising three times faster than in other coastal areas, and this makes it difficult for conservation to keep up with the encroaching salt water flooding into the wetlands.

“There will still be some mangroves in south Florida but areas will collapse into open water bodies,” said Stephen Davis, a wetland ecologist to the Guardian. “Unabated sea level rise will continue to eat away at the marshes. We should do everything we can to help restore the Everglades to reduce its vulnerability”