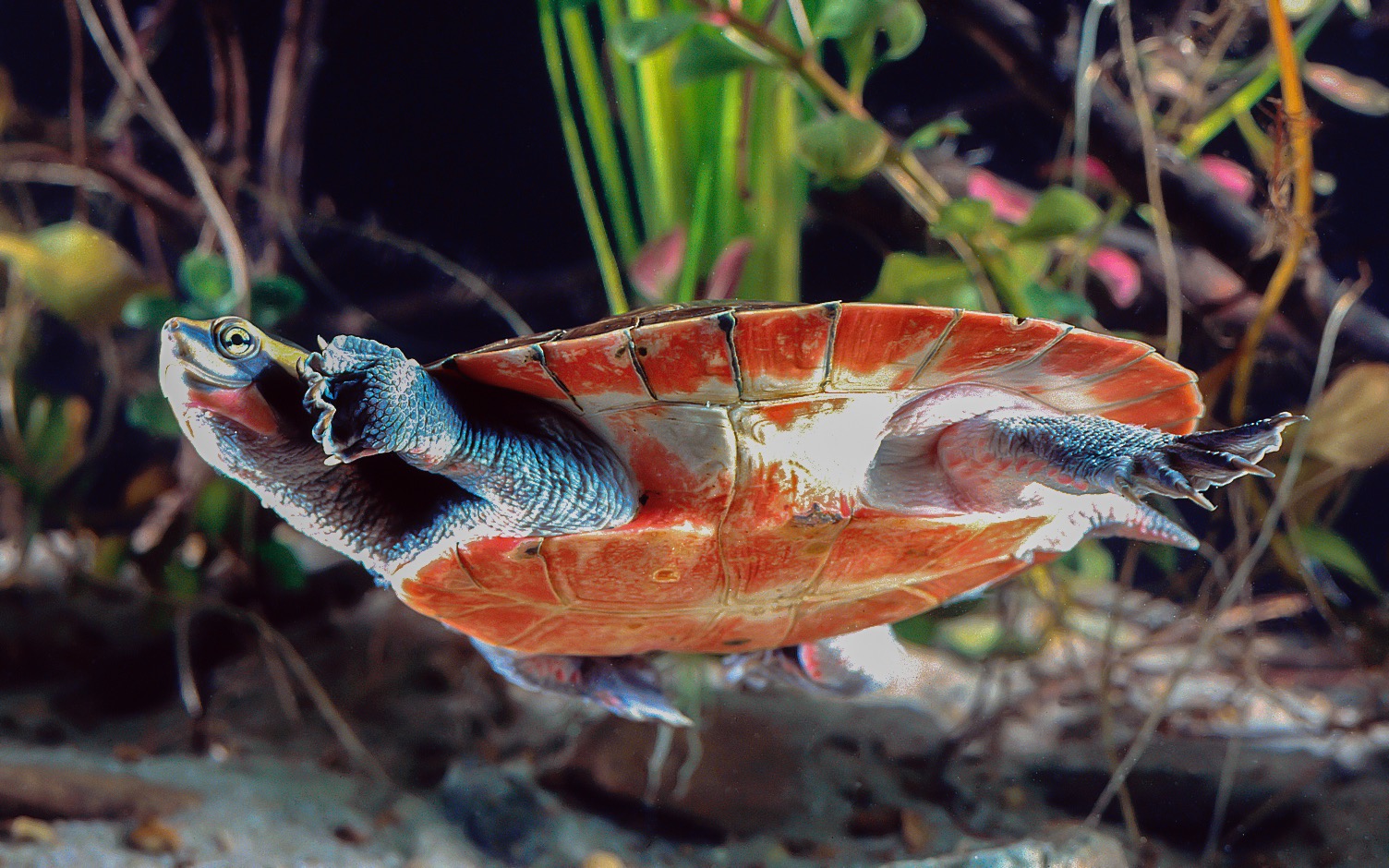 Freshwater turtles across the planet threatened by sea level rise

Biologists at the University of California, Davis are reporting that 90 percent of the world’s coastal freshwater turtles will struggle with rising sea levels by the end of this century.

The research represents the first comprehensive global study of freshwater turtles that are commonly found in water that is slightly salty, or brackish.

“About 30 percent of coastal freshwater species have been found or reported in a slightly saltwater environment,” said lead author Mickey Agha. “But they tend to live within a low-level range of salinity. If sea level rise increases salinity, we don’t yet know if they’ll be able to adapt or shift their range.”

The majority of turtle species live in freshwater environments such as lakes, streams, and ponds. While some turtles can tolerate high levels of salinity, others tend to lose body mass in salty water and can die as a result of exposure.

The study was first focused on pond turtles in the semi-salty waters of Suisun Marsh in northern California. The team established that the turtles faced threats of drought, water diversions, and increased sea level rise – all of which can result in saltier habitats – with climate change.

The biologists broadened their scope to examine how other coastal freshwater turtles around the world may be affected as well.

The biggest threat to freshwater turtles was found on the island of New Guinea, where many species will lose over 20 percent of their habitat range with sea level rise. The other species that were found to be the most at risk are in Southeast Asia, Australia, and southeastern North America.

The findings of the study highlight the need for further research to investigate whether freshwater turtles will be able to adjust to their rapidly changing habitats.

“If we’ve underestimated the impact of sea level rise along coastlines, we don’t yet know whether these turtles can adapt or shift fast enough to move with the changing salinity, or whether that part of its range will be gone forever,” said Agha.

Professor Brian Todd added: “This is a species that is slow to evolve. If we rely on natural selection to sustain them, they will likely disappear.”