Focusing on the weight, not your own body, can improve lifting performance • Earth.com 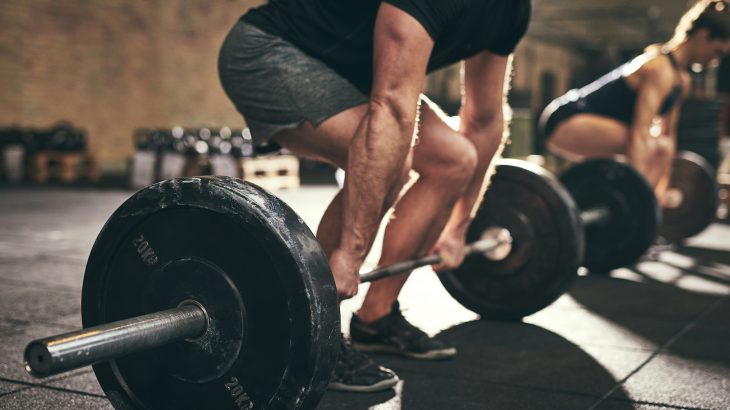 Focusing on the weight, not your own body, can improve lifting performance

Lifting weights is often done with the goal of improving one’s physical fitness – but for those looking to improve strength and performance, weightlifting can also be done with the goal of increasing the amount one can lift. To that end, there are numerous mental strategies that accompany the physical strategies weightlifters use to increase load size.

In a new study published in Frontiers in Sport and Active Living, researchers suggest that if you want to lift heavier and lift longer, it’s best to focus on moving the weight itself instead of focusing on moving your muscles.

Some people believe that focusing on specific muscles while lifting increases muscle activity, and while it may lead to increased muscle size, scientists have found that it also causes you to use more effort to lift the same weight.

“The higher overall muscle activity with an internal ‘muscle focus’ is not specific to the muscles mentally isolated during lifting,” says study author Professor David Neumann of Griffith University, Australia. “Rather, it seems to represent increased activity of non-target muscles, too.”

A review of studies reveals that weightlifters who focus their attention on the external effects of their efforts (i.e. the movement of the weight), they are able to lift more economically and with less effort.

He recommends applying external focus when lifting, which can also complement other dissociative focus strategies for those who are less active, such as listening to music while exercising.

However, it has not yet been shown that any specific strategy has tangible effects on actual outcomes, such as muscle fatigue or strength gains. Further studies will be needed with larger sample sizes if this is to be determined.

“It would be worthwhile to examine whether transfer of these effects occurs to similar sporting tasks,” says Neumann. “For example, some sports like shot put and discus, require a short-term maximal muscular effort. We should also explore ways to maximize the beneficial effects of an external focus. Using VR for instance, completing a deadlift could be translated into an imperative like virtually lifting a heavy bar to free a trapped virtual person.”