Why is it so hard to follow through with New Year’s Resolutions? • Earth.com 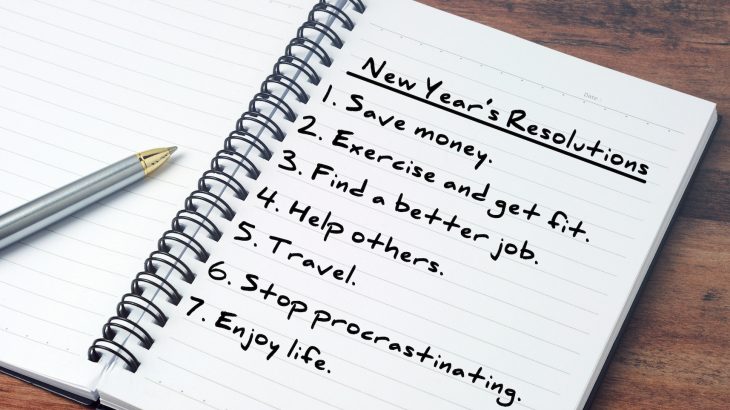 Why is it so hard to follow through with New Year’s Resolutions?

It’s the beginning of a new year, and many people will carry with them a laundry list of resolutions and unreasonably high expectations into 2019. However, if we just listen to the experts, this could be the year that we set realistic goals and actually follow through with them.

According to research from the University of Scranton, around 40 percent of Americans make New Year’s resolutions, but only around 8 or 9 percent of them will reach their goals.

Many experts agree that the biggest reason that resolutions fail is because the goals we are setting are not very specific. For example, making a resolution to lose weight is too general and does not include a plan of action or a way to track your progress.

“A resolution to lose some weight is not that easy to follow,” says social psychologist Roy Baumeister. “It is much easier to follow a plan that says no potato chips, fries, or ice cream for six weeks.”

Beyond setting goals that are too broad, people are often setting too many goals. In an article for Entrepreneur, Biztuition CEO Julie Christopher explains why New Year’s resolutions often do not work and can actually make matters worse.

“Unfortunately, most of us create too much resistance by injecting too many resolutions and goals into our minds,” says Christopher. “This process results in setting too many expectations and creating unrealistic goals. We end up with a long list of trying to do everything at once, relying on our emotions to keep us motivated until we achieve them.”

“Change just one of your habits that creates the most change. I discovered that making just one small change in your daily repetitive routine is a crucial step to alleviate the resistance that comes with change.”

Another important thing to consider when making resolutions is to make sure that the goals are achievable and not too big. The American Psychological Association (APA) stresses that forming new habits should be approached carefully and that the changes should be slow and steady.

Psychologist Lynn Bufka wrote on the APA’s website, “Setting small, attainable goals throughout the year, instead of a singular, overwhelming goal on Jan. 1 can help you reach whatever it is you strive for.”

“Remember, it is not the extent of the change that matters, but rather the act of recognizing that lifestyle change is important and working toward it, one step at a time.”

Psychotherapist Jonathan Alpert, author of “Be Fearless: Change Your Life in 28 Days,” pointed out that many of us have a tendency to make New Year’s resolutions that are influenced by the expectations of others and do not reflect what we actually want.

“Goals need to be made for the individual,” Alpert told Business Insider. “So often, people seem to be influenced by their friends, their family, what they see in society. I think it’s important for people to set goals that are for themselves and unique to themselves.”

Dr. Karen Lawson is the director of the Integrative Health Coaching program at the University of Minnesota’s Center for Spirituality & Healing.

“Many people don’t make their own resolutions out of what’s most meaningful and desirable for them but they set it out of what other people told them they need to do out of fear or guilt,” Dr. Lawson told CBS News. “So the motivation doesn’t come from within but comes from the outside and that doesn’t tend to lead to success.”

She also emphasizes the importance of being compassionate with ourselves and celebrating our successes along the way. Dr. Lawson says that it is best to simply acknowledge when we have a setback and move on.

“People on the whole tend to be harder on themselves than they are with other people. They tend to beat themselves up,” said Dr. Lawson. “So when we have a day when we fall down on the diet, instead of telling yourself that you’re weak or bad, tell yourself that you had a bad day and that tomorrow’s a new day to start over.”