Why do food cravings seem to get worse when you’re dieting? • Earth.com 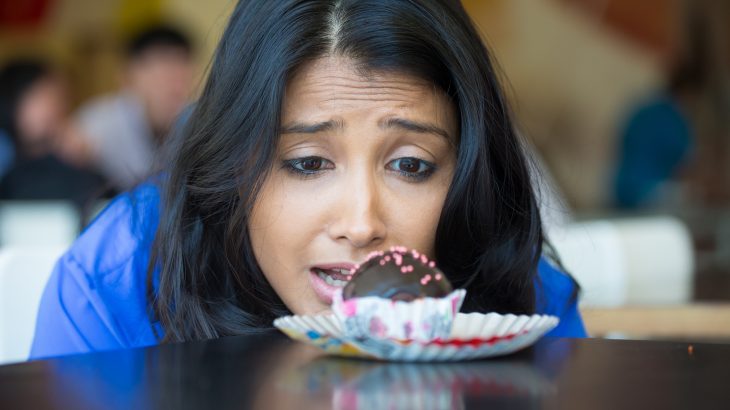 Why do food cravings seem to get worse when you’re dieting?

The hardest part of dieting is the dieting itself. Not eating your favorite unhealthy foods can leave you dreaming about the sugary and fatty treats that got you into this diet in the first place. But these cravings for junk food that seem to grow the further we get into a diet are not just in your imagination.

“Craving for foods high in fat – this includes many junk foods – is an important part of obesity and binge eating,” says Jonathan Hommel, assistant professor in the department of pharmacology and toxicology at the University of Texas Medical Branch at Galveston. “When trying to lose weight people often strive to avoid fatty foods, which ironically increases motivation and craving for these foods and can lead to overeating. Even worse, the longer someone abstains from fatty foods, the greater the cravings.”

Recently, Hommel and a team of UTMB researchers identified the brain circuits that may be able to act as a brake on binge eating and junk food craving. In a study published in Behavioural Brain Research, the researchers successfully inhibited fatty food seeking behaviors in rats who had spent a month eating a low-fat diet.

While multiple behavioral studies have shown that denying certain foods causes increased craving and motivation for that food, the brain mechanisms that lead to this type of overeating have not been identified.

The UTMB team took rats that had been on a 30-day low-fat diet and trained them to work for fatty treats by pressing a lever. In order to measure craving and motivation, the amount of times needed to press the lever to receive a treat was increased until the rat gave up trying. In half the rats, the researchers blocked the effects of a brain chemical called neuromedin U receptor 2 within a region of the brain that regulates food intake. The other half were the control group, and did not undergo this procedure.

It turned out that the rats who had been treated did not work as hard for fatty treats as the control rats. This may indicate that the researchers found new brain circuits that could one day help us better understand our own cravings – and maybe stop them entirely.

“While our findings are only the first step in a long process from the scientific lab to the doctor’s office, we are planning to develop new drugs to help curb those cravings,” says Hommel. “Although it may be years before the drug is ready, our research highlights some important features of food craving that may help you set realistic New Year’s resolutions.”