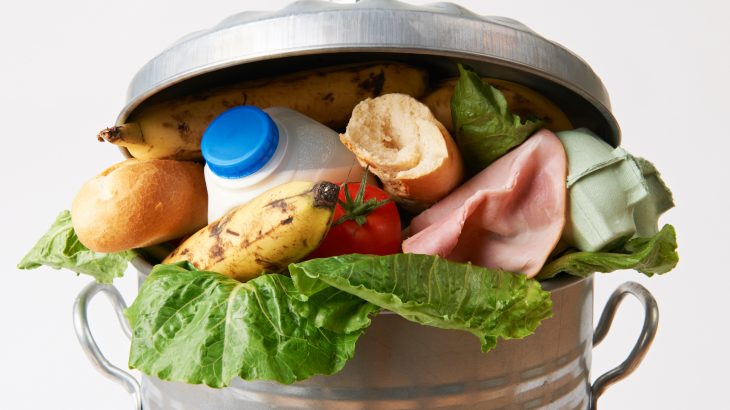 The United States has a huge problem with food waste.

According to the United States Department of Agriculture (USDA), unused food makes up 30 to 40 percent of the food supply in the US. It’s a problem that costs money, fills up landfills, and negatively impacts food security.

Nutrient-rich food that could otherwise help feed families in need is thrown out, households are buying more than they need, grocery stores throw out perfectly decent produce based on appearance, and arbitrary sell-by/use-by dates often confuse consumers.

Now, a new report from the Global Panel on Agriculture and Food Systems for Nutrition has found that the food waste trend is not slowing down and around one trillion dollars worth of food is wasted every year.

This equates to around one-third of all food produced worldwide, which means one-third of food never even reaches the consumer’s plate.

Coupled with the massive amounts of food wasted every year are the rising problems with food insecurity and the countries around the world where billions of people don’t have enough food or have nutrient-poor diets.

Food can spoil during storage and transportation, even before making it to the consumer, but the report found that retailers and consumers in high-income areas simply buy too much.

“Consumer waste in high-income countries is typically linked to purchasing and storage of large quantities of food at the household level, inefficient meal planning and preparation, and post-meal disposal of non-consumed portions,” the report states.

If you go into your local supermarket, you’ll see rows and rows of beautiful produce including perfectly shaped fruits and vegetables with vibrant colored skins with only the smallest of imperfections.

That’s because grocery stores and supermarkets have high aesthetic standards because they know that imperfect produce likely won’t sell.

This is also why grocery stores overstock, it creates the illusion of abundance and encourages consumers to buy more. The recent report found that more than half of all fruit and vegetables produced every year are thrown out and a quarter of the world’s meat never reaches consumers either.

One of the biggest issues with dairy food waste is expiration dates that can be confusing. Have you ever thrown out milk that was just at its expiration date without testing first to see if the milk had actually spoiled?

One report in 2013 found that over 90 percent of Americans are prematurely throwing out food based on expiration dates alone.

“Expiration dates are in need of some serious myth-busting because they’re leading us to waste money and throw out perfectly good food, along with all of the resources that went into growing it,” Dana Gunders, a staff scientist with the food and agriculture program at the NRDC said in a press release. “Phrases like ‘sell by’, ’use by’, and ‘best before’ are poorly regulated, misinterpreted and leading to a false confidence in food safety. It is time for a well-intended but wildly ineffective food date labeling system to get a makeover.”

The report emphasizes that by tackling food waste, we can reduce the loss of nutrient-rich food and shift how people think about the food they eat and what they need.