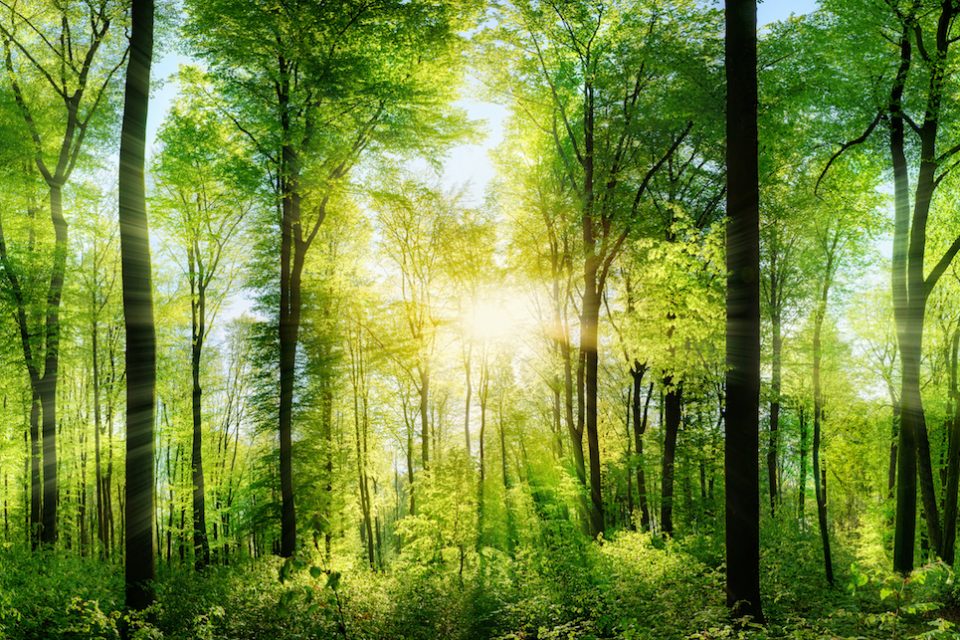 Critical new research from the Crowther Lab has revealed that restoring forests is the single most effective solution for mitigating climate change. The researchers determined that new forests could take up two-thirds of the CO2 that has been released into the atmosphere by human activities.

The experts also found the potential to increase the world’s forest land by a third without impacting existing cities or agricultural practices. Once mature, an area of trees the size of the United States could store 205 of the 300 billion tons of man-made CO2.

The study is the first of its kind to quantify how many trees the Earth can support, where they could exist, and how much carbon they could store. The researchers emphasize that the need for action is urgent because the climate is already changing and subsequently reducing the amount of land that can support new forests.

“We all knew restoring forests could play a part in tackling climate change, but we had no scientific understanding of what impact this could make. Our study shows clearly that forest restoration is the best climate change solution available today and it provides hard evidence to justify investment. If we act now, this could cut carbon dioxide in the atmosphere by up to 25%, to levels last seen almost a century ago,” said study senior author Professor Tom Crowther.

“However, it will take decades for new forests to mature and achieve this potential. It is vitally important that we protect the forests that exist today, pursue other climate solutions, and continue to phase out fossil fuels from our economies in order to avoid dangerous climate change.”

The future scenarios proposed by the Intergovernmental Panel on Climate Change (IPCC) indicate that limiting climate change to 1.5°C will require up to an extra billion hectares of forest by 2050, even while drastically reducing emissions. The new study confirms that this scenario projection is “undoubtedly achievable under the current climate.”

“Our study provides a benchmark for a global action plan, showing where new forests can be restored around the globe,” said lead author Dr. Jean-François Bastin. “Action is urgent and governments must now factor this into their national strategies to tackle climate change.”

More than half of the potential to restore trees was found in just six countries: Russia, the United States, Canada, Australia, Brazil, and China.

“Although government action is essential to make the most of this opportunity, this is a climate solution we can all get involved in and make a tangible impact. You can grow trees yourself, donate to forest restoration organizations or just invest your money responsibly in businesses which are taking action on climate change,” said Professor Crowther.

“Our forests are the world’s biggest natural ally in the fight against climate change but without them, we will lose the fight to keep global warming below 1.5 C. That’s why it’s crucial that we act to restore forests whilst drastically cutting our global carbon emissions,” said Will Baldwin-Cantello, Global lead on Forests at WWF.

“This new research demonstrates how much natural capacity our planet has to grow and sustain additional forest; now, the challenge is to understand how and where we can accelerate this implementation, whilst still feeding our growing global population.”