Peacock plumage display catches the eye of other males too • Earth.com 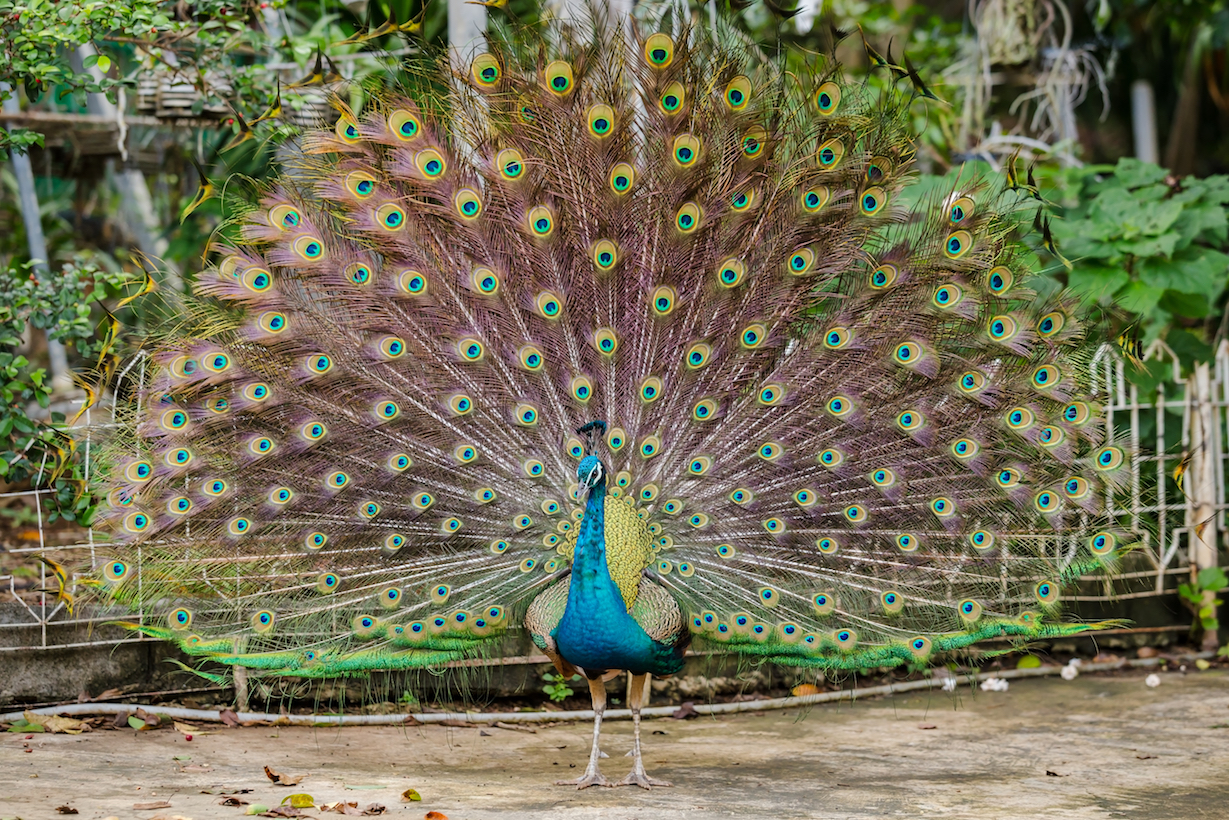 Peacock plumage display catches the eye of other males too

It’s long been known that the purpose of the fancy plumage of the peacock is to catch the eye of potential mates. The longer and wider and fancier the trail of colorful feathers, the more favorable notice it will get by mate-seeking peahens.

But now new research, conducted by evolutionary biologists at Texas A&M University, indicates that the plumage also attracts the attention of other males – most likely for competitive reasons. Just sizing up the competition, so to speak.

The lynchpin of the study was the tiny headgear cameras that had to be attached to each peacock and peahen to track their eye movements as they interacted with others of their kind. What the researchers found is that the peacocks spent about one-third of their time checking out the base of the plumage of the peacock – the same area the peahens focused on. The width of this lower section of the plumage serves as an indication of the length of the feather trail.

The headgear had two cameras, so researchers could track both the movement of the eyes and the views seen by the birds.

What might have been the most surprising element of the research was in what the peacocks weren’t spending much time or attention on at all.

“They allocated less than 5 percent of their time during our sample periods gazing at females,” said the study, which was published in the current issue of the Journal of Experimental Biology.