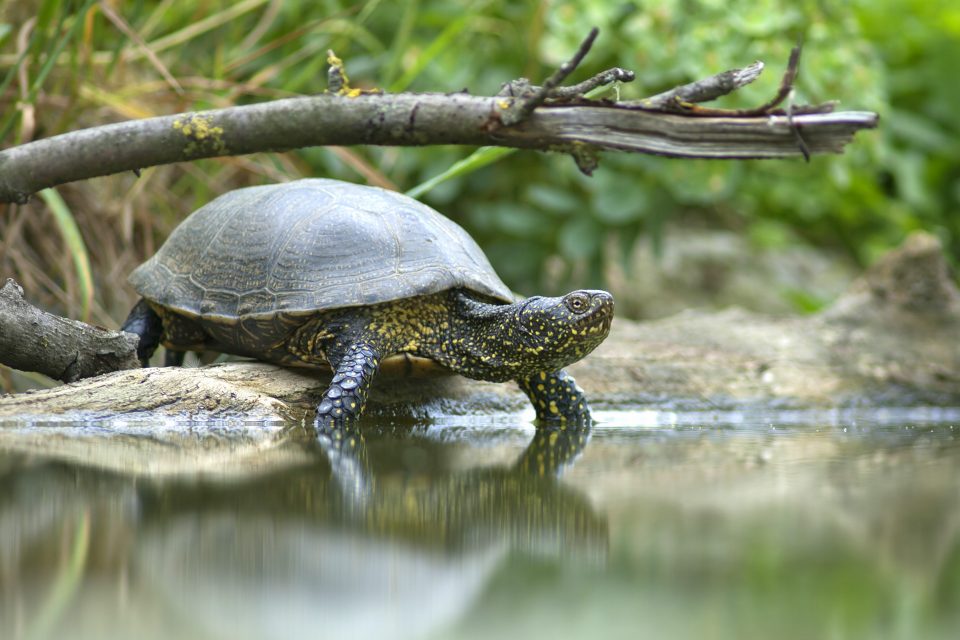 Turtles improve the health of freshwater ecosystems by scavenging fish carcasses, according to a new study published in Scientific Reports. The research, which was focused on an endangered freshwater turtle species in Australia, suggests that turtles play an unappreciated role in regulating water quality in river systems.

“Humans are increasing the frequency of fish kills by degrading freshwater ecosystems,” wrote the study authors. “Simultaneously, scavengers like freshwater turtles are declining globally, including in the Australian Murray-Darling Basin. Reduced scavenging may cause water quality problems impacting both ecosystems and humans.”

The researchers set out to investigate whether scavenging by freshwater turtles accelerates decomposition and regulates water quality after a fish is killed. The study was focused on carp carcasses, which give off high concentrations of ammonia as they decompose.

A team led by Dr. Ricky-John Spencer of Western Sydney University conducted experiments in artificial wetlands that were built in tanks containing carp carcasses. The experts introduced four male freshwater turtles of the species Emydura macquarii to some of the artificial wetlands. The carp carcasses were left in each tank until they had either been completely eaten by turtles or had fully decomposed.

“Fish kills degrade water quality by increasing the concentrations of ammonia and nitrates, and driving phytoplankton and cyanobacteria blooms, which decrease dissolved oxygen concentrations,” explained the study authors. “Together, these effects can lead to devastating biodiversity losses and ecosystem breakdown. Fish kills also have human impacts; bacterial and cyanobacterial blooms can cause serious illnesses, such as botulism.”

The study revealed that when turtles were present, carp carcasses were removed three times faster. In these tanks, ammonia levels dropped sooner, while water quality improved more quickly. The turtles also accelerated the recovery of levels of dissolved oxygen, which aquatic animals need to breathe.

The Murray-Darling basin supports 40 percent of Australia’s agricultural production and serves as the main water source for more than 2.8 million people. Freshwater turtles are dwindling in the river basin as they are more frequently struck by cars and their nests are destroyed by foxes.

According to the experts, ongoing plans to introduce a naturally occurring carp virus to control invasive carp in the Murray-Darling basin could severely impact water quality and ecosystem health, especially with fewer turtles available to scavenge on carcasses.

“Our experiments show that turtle scavenging mitigates the effect of animal decomposition on water quality, particularly during fish kills, and this ecological role diminishes as turtle abundance decreases,” wrote the researchers.

“Turtles have drastically declined in the Murray-Darling Basin. Up to 100,000 tons of turtles were historically present, but in some locations they are now so rare that they are not captured. As turtle populations continue declining, we predict that water quality will worsen, with implications for both the ecosystem and humans.”