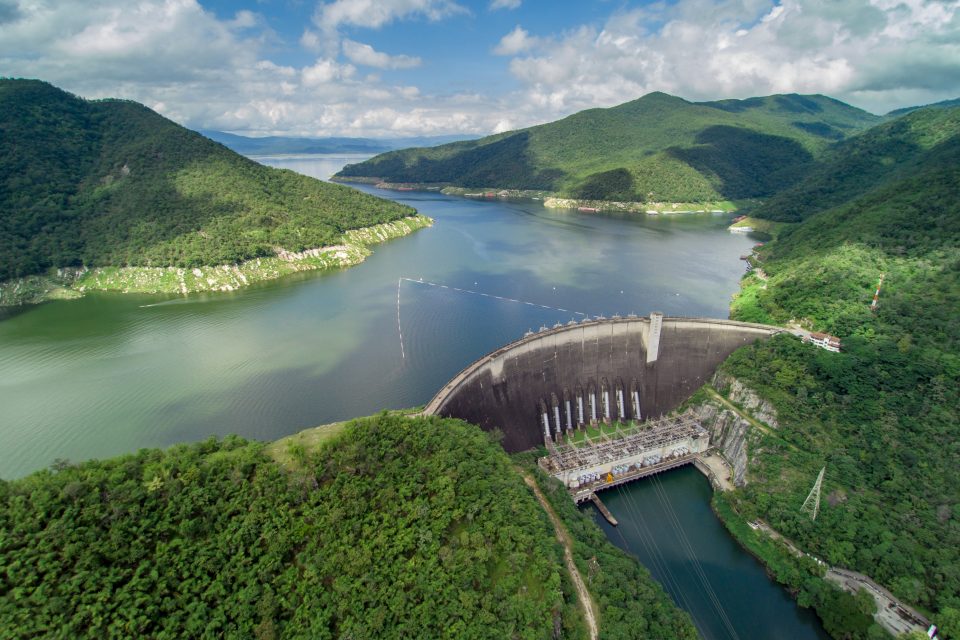 Dams will prevent some river fish from surviving climate change

A new study from Forschungsverbund Berlin describes how dams are compounding the impacts of climate change on river fish. When faced with stressful environmental conditions, fish can potentially move to more suitable habitats. The researchers set out to investigate the extent to which dams may restrict the movement of both native and non-native fish under different climate scenarios.

“Understanding how global change and connectivity will jointly modify the distribution of riverine species is crucial for conservation biology and environmental management,” wrote the study authors.

“However, little is known about the interaction between climate change and fragmentation and how movement barriers might impede native species from adjusting their distributions versus limit the further spread of alien species.”

The researchers modeled the distribution of 11 native and five alien fish species in the Ebro River, located within the Mediterranean region of Spain. To examine how a lack of connectivity may interfere with access to future suitable habitats, the team considered 10 climate change models using various algorithms.

“The Ebro River is particularly vulnerable and threatened by climate change and species invasions. In addition, the Ebro River is fragmented by over 300 dams and many smaller barriers, which makes it even worse for the native fish species,” said study co-author Professor Emili García-Berthou.

The analysis showed that the most pronounced biodiversity changes, including losses of native fish and gains of alien species, are expected in the lower and mid reaches of larger Ebro River tributaries. According to the study, alien species such as eastern mosquitofish, wels catfish, and common carp will become much more prevalent. The majority of species are projected to shift their range in an upstream direction.

“The Ebro River system is home to several endemic species that exclusively occur on the Iberian Peninsula,” said study lead author Johannes Radinger. “These species are particularly imperilled by barriers that limit movements in response to climate change. Whether dams can effectively prevent the spread of alien species is questionable. In fact, the establishment of alien fishes is often facilitated by the changed flow and habitat conditions that result from damming rivers.”

“Effective conservation of fishes should focus on the restoration of habitats and the natural flow regime, improvements of connectivity for native species and the control of alien species, particularly the prevention of further introductions,” wrote the researchers.