How frog slime could actually help you fight the flu • Earth.com 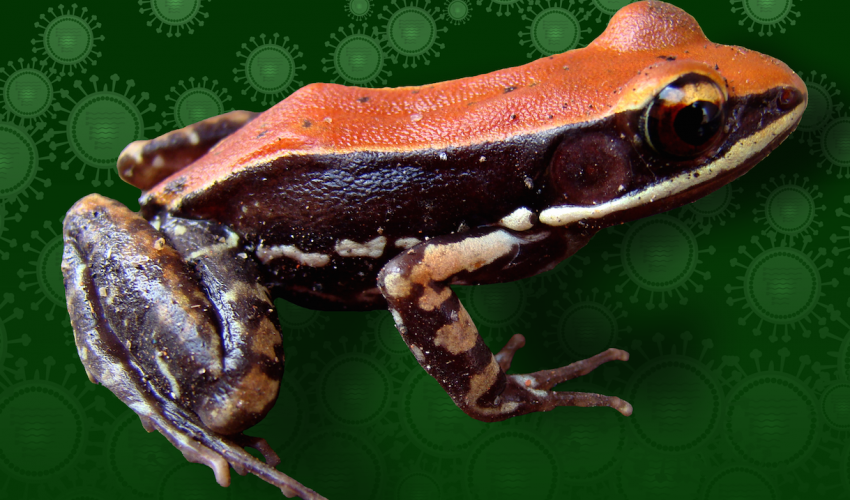 How frog slime could actually help you fight the flu

Who knew frog slime could actually be helping in fighting the flu! Turns out, skin secretions from frogs are a rich source of antimicrobial peptides. Also known as host defense peptides, these compounds are part of a frog’s innate immunity system. While frogs have been known to inherently contain antibacterial properties, a new discovery reveals frog mucus contains antiviral peptides as well.

Researchers at the Emory Vaccine Center and the Rajiv Gandhi Center for Biotechnology collaborated in the study, which reveals that a component of South Indian frog excretions can kill the H1 type of flu viruses. The study, published today in the medical journal Immunity, suggests this revelation will have a positive influence on the future of flu vaccinations and containment strategies.

Joshy Jacob, PhD., is an associate professor of microbiology and immunology at Emory Vaccine Center and Emory University School of Medicine, and the senior author of the study. Dr. Jacobs explains, “Anti-flu peptides could become handy when vaccines are unavailable, in the case of a new pandemic strain, or when circulating strains become resistant to current drugs.”

The researchers called one of the antiviral peptides identified in the study “urumin,” named after an ancient Indian sword. Urumin was discovered in the skin secretions of the Indian frog Hydrophylax bahuvistara. This particular peptide stood out to scientists because instead of attempting to destroy its target as an antibacterial peptide would attempt to do, urumin inhibited the development of the flu virus.

The urumin damaged the stability of the hemagglutinin, a glycoprotein that protrudes from the surface of the influenza virus. It searches for cells within the body upon which to launch a flu attack. Over a dozen types of hemagglutinin are known, and these determine the type of flu and how threatening it is. Hemagglutinin is the attack target of many proposed universal vaccines.

Dr. Jacobs says the fact that urumin advanced upon the hemagglutinin specifically “could be valuable because current anti-influenza drugs target other parts of the virus.”

The research showed that urumin administered intranasally to unvaccinated mice safeguarded them from potentially lethal doses of various flu viruses. Urumin protected against the H1 types of flu, but was not successful in protecting against other strains such as H3N2.

The newly-discovered peptides create an initiative for antiviral drug discovery.

The continuation of this study may lead Dr. Jacob and his colleagues to strategies for stabilizing antiviral peptides for effective use. The team is also hoping to extract peptides from frogs that are capable of killing other viruses.