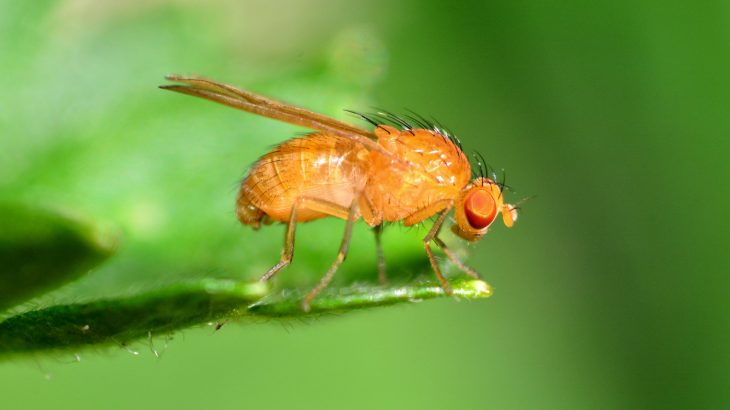 Scientists at Kyoto University have investigated the diverse diet of the fruit fly, Drosophila melanogaster. The team discovered that this diversity is tied to the fly’s flexible response to carbohydrates, which provides new insight into how the human diet evolved.

The researchers set out to gain a better understanding of how organisms have such different feeding habits, even when they are genetically related.

“Uncovering the differences in the molecular mechanisms between nutritional generalists and specialists can help us understand how organisms adapt to variable nutritional environments,” said the study authors. “In our investigation, we changed the nutrient balance in the food of different Drosophila species and compared their nutritional adaptability along with their transcriptional and metabolic responses.”

The team evaluated whether larvae of generalists and specialists could adapt to three experimental diets that were high in protein, high in carbohydrates, or had a moderate mix of the two. The generalist flies, including the common fruit fly, were found to grow and thrive with all three diets.

On the other hand, the larvae of specialists could not survive on a carbohydrate-rich diet. The researchers examined the nutritional composition of the fruits and flowers that are usually eaten by the specialists, and determined that they have low-carbohydrate profiles.

The team theorized that the difference between the generalist and specialist flies resides in the genetic pathways that control their response to carbohydrates.

“A signaling pathway known as ‘TGF-β/Activin signaling’ regulates the body’s response to carbohydrates. In the generalists, this pathway is quite flexible and maintains metabolic homeostasis under different diets. In fact, there are about 250 metabolic genes that are downregulated when their diet is carbohydrate-rich,” explained the researchers.

By contrast, the specialist flies expressed these genes at higher levels where they accumulated metabolites, which led to a lack of adaptation. When a gene in the TGF-β/Activin pathway named dawdle was disabled in the common fruit fly, the same lack of adaptation was observed.

The findings suggest that generalists were constantly under pressure to retain carbohydrate-responsive systems throughout their evolution, while specialists must have been surrounded by low-carbohydrate environments.

“Considering that humans and flies share a number of genes and regulatory factors, we can begin to develop an interspecies comparative approach that provides an informative model system for addressing the genetic variability among humans in response to dietary intakes,” concluded the researchers.