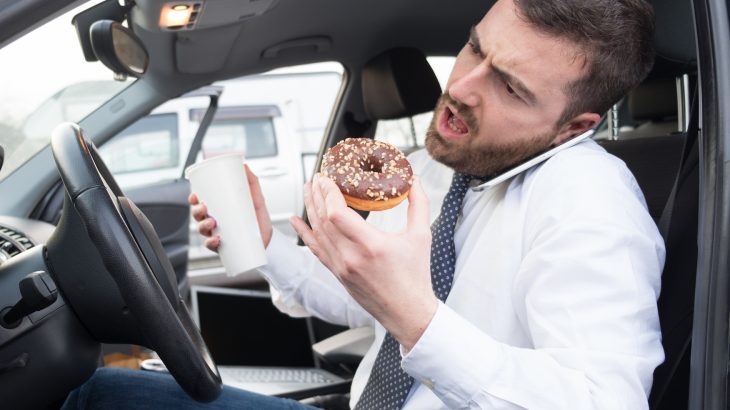 A team of researchers led by Professor Herbert Herzog, Head of the Eating Disorders laboratory at the Garvan Institute of Medical Research, have found that eating a high-calorie diet during a period of stress can result in a person gaining more weight than if they ate that high-calorie diet in a stress-free environment.

“This study [published in Cell Metabolism] indicates that we have to be much more conscious about what we’re eating when we’re stressed, to avoid a faster development of obesity,” Professor Herzog said.

Many people seek comfort in calorie-dense foods when in a stressful situation, and the researchers wanted to gain a better understanding of why this happens. To do so, they first studied the emotion-driven part of the brain — the amygdala — within mice. They were then able to target an eating-stimulant molecule called NPY, which the brain produces in response to stress. NPY is also present in human brains.

“Our study showed that when stressed over an extended period and high calorie food was available, mice became obese more quickly than those that consumed the same high fat food in a stress-free environment,” said lead author Dr. Kenny Chi Kin Ip. “We discovered that when we switched off the production of NPY in the amygdala, weight gain was reduced. Without NPY, the weight gain on a high-fat diet with stress was the same as weight gain in the stress-free environment.”

“This shows a clear link between stress, obesity and NPY,” Dr. Ip concluded.

To better grasp why NPY is produced under stress, the team looked at the nerve cells in the amygdala that produce the molecule. Each cell has receptors (or, “docking stations”) for insulin, a hormone that controls our food intake.

Normally, insulin is produced after a meal to help cells absorb glucose from the blood and tell hypothalamus in the brain to stop eating. However, under chronic stress, the researchers found that blood insulin levels rise, and when a high-calorie diet is introduced, insulin levels could jump 10 times higher than when the mice were operating in a stress-free environment eating a normal diet.

Prolonged periods of high insulin cause the cell docking stations to become desensitized to insulin, therefore they stop detecting the hormone. The cells then boost their NPY levels, which promotes eating.

“Our findings revealed a vicious cycle, where chronic, high insulin levels driven by stress and a high-calorie diet promoted more and more eating,” Professor Herzog explained. “This really reinforced the idea that while it’s bad to eat junk food, eating high-calorie foods under stress is a double whammy that drives obesity.”

He continued, “We were surprised that insulin had such a significant impact on the amygdala,” says Professor Herzog. “It’s becoming more and more clear that insulin doesn’t only impact peripheral regions of the body, but that it regulates functions in the brain. We’re hoping to explore these effects further in future.”