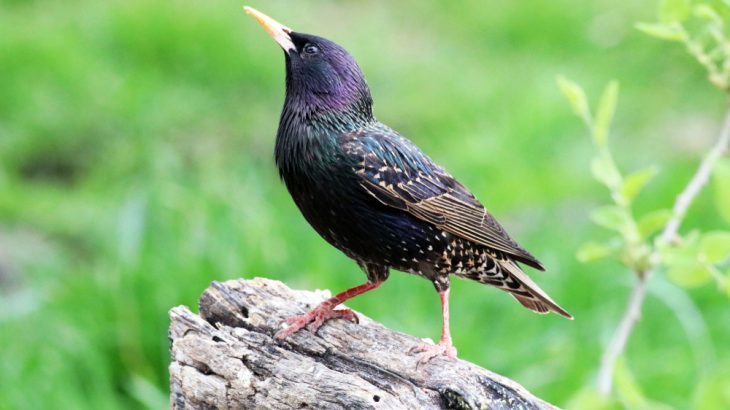 A wildlife survey that has been conducted by citizen scientists since 1979 has uncovered an alarming trend: common garden birds like sparrows, starlings and song thrushes have seen drastic declines in their numbers.

For four decades now, the Royal Society for the Protection of Birds has sponsored the Big Garden Birdwatch at the end of each January. Volunteers from throughout the United Kingdom spend an hour watching the birds that come and go in their yards, then report their count, giving the RSPB a point-in-time count of the region’s avian life.

“Big Garden Birdwatch participants have made a significant contribution to monitoring garden bird numbers over the past four decades,” RSPB executive Mike Clarke told the Daily Mail. “Those taking part work together as part of a community with thousands of other Big Garden Birdwatchers to help the RSPB’s work to protect birds, other wildlife and the places they live.”

Like the Audubon Society’s annual Christmas Bird Count, the RSPB event produces data for use by wildlife managers, biologists and other scientists.

But this year’s count and an analysis of four decades of data offers a grim outlook for some species.

Starlings, though an invasive species in North America, are one species of garden birds on the decline in England. Since 1979, their numbers have declined about 80 percent. Their huge flocks, known for creating massive, swirling aerial shows known as murmurations above cities, are now more common in rural areas.

Song thrushes have plummeted by 75 percent, greenfinches and house sparrows both 57 percent, and chaffinches by 55 percent.

Scientists suspect the declines could range from loss of habitat, in the case of the starlings, to trichomonosis, a parasite-linked disease common in finches.

And while house sparrow numbers are down, populations are growing in Scotland, North Ireland and Wales.

Other species of garden birds have done quite well in the series of surveys, with woodpigeon populations growing 950 percent, coal tits 263 percent, magpies 173 percent, and wrens 88 percent.

Collared doves have also seen their numbers spike, 307 percent, but that’s not necessarily a good thing. The doves are not native to the UK; they arrived in the 1950s from the Middle East.

The annual look at the numbers of common garden birds helps to underline how the contributions of citizen scientists can help professionals spot trends – negative and positive – in local wildlife populations.

“Everyone has a role to play in saving nature and protecting our wildlife,” Clarke said.