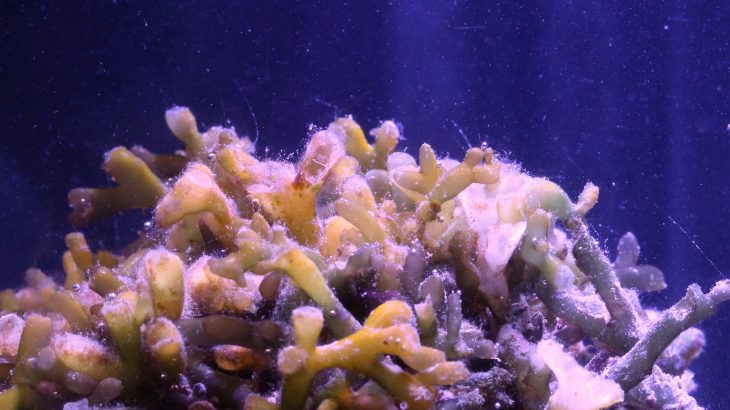 Researchers from the US Naval Undersea Warfare Center have discovered that when marine algae produce gas bubbles during photosynthesis, a distinctive ringing noise is released. The study also revealed that the intensity of the sound coincides with the degree of algal cover on coral reefs.

The findings of the investigation, which was led by husband-and-wife team Simon and Lauren Freeman, may ultimately result in a fast and easy method of measuring algal cover. Across coral reefs, algal cover is one of the best indications of stress.

Coral reefs generate a lot of noise from sources such as water movement and marine life. A previous study by Lauren Freeman identified a component of the underwater soundscape that correlated with the abundance of macroalgae present over the reef. The mechanism underlying the noise, however, remained a mystery.

In the current study, the researchers set out to determine whether or not the sounds may be emanating from the algae themselves. The analysis was focused on sound emissions from a tank of the Hawaiian invasive algae, Salicornia gracilaria.

The ringing noise, which ranged from two to 20 kiloHertz, was found to be produced as gas bubbles oscillated and formed spherical shapes in the water. The sounds matched the noise range of oceanic coral reefs.

“We discovered that algae make sound by first listening to coral reefs, and finding a link between what we heard and how much algae had smothered the coral,” said Simon Freeman. “Intrigued, we performed experiments with algae in tanks to verify the source, and how the sounds made by algae contributed to coral reef soundscapes.”