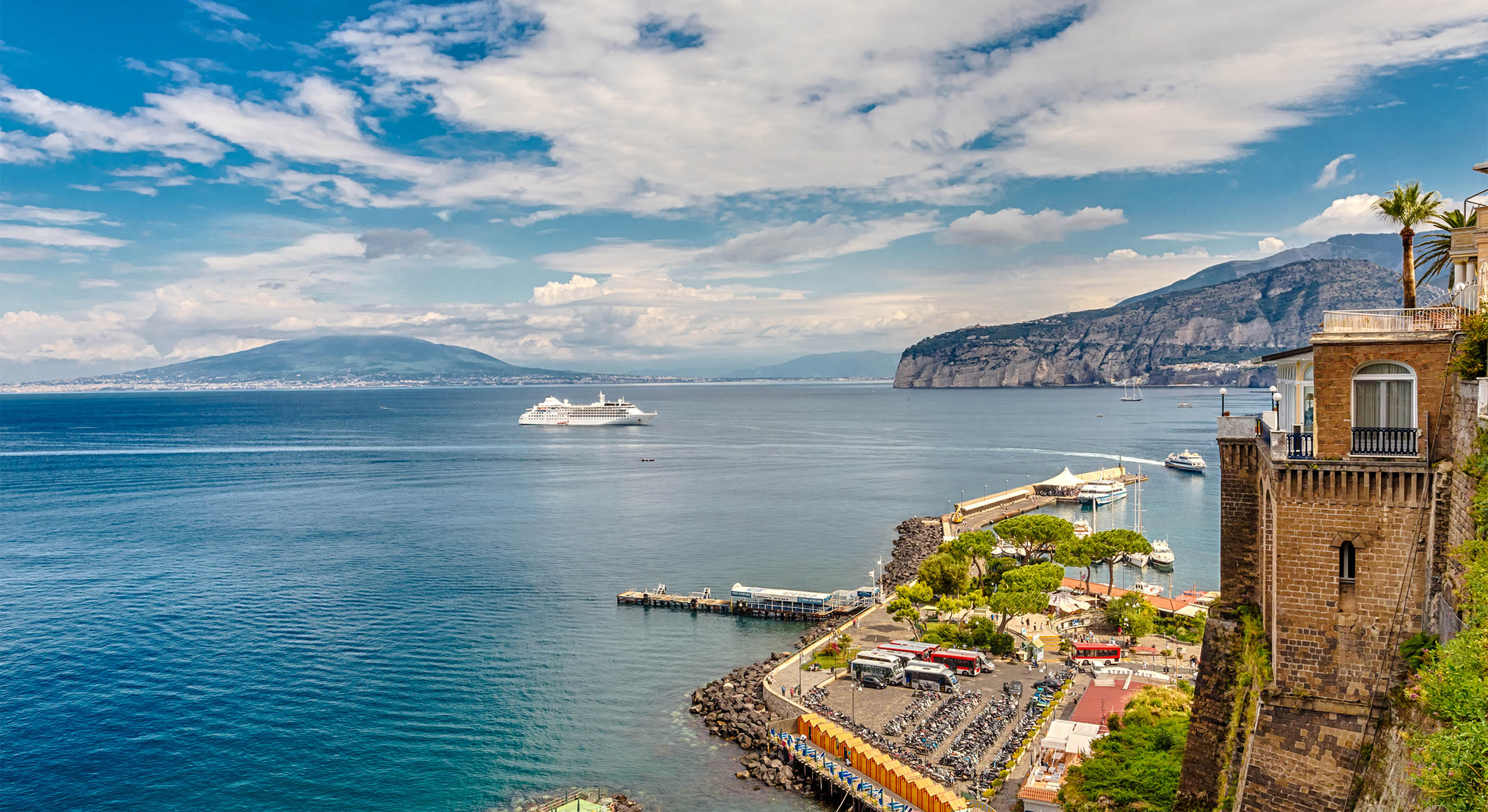 Gas causing ground to rise near Mount Vesuvius volcano. New work by Italian geochemists seems to indicate that the current ground movement around one of the world’s most dangerous volcano systems may be due to gas pressure, and not because of a surge of volcanic magma. This work was recently presented at the Goldschmidt conference in Yokohama, Japan (30 June 2016).

The Campi Flegrei (Phlegraean Fields), just across the Bay of Naples from the famous Vesuvius volcano, is amongst the most dangerous volcanos on Earth. In the past it has been capable of a “VEI 7” eruption (Volcanic Explosivity Index of 7, meaning that it has produced an explosive eruption even bigger than the famous Krakatoa eruption of 1883). However, this was around 40,000 years ago. The last eruption, “VEI 2” occurred in 1538 AD.

Because of the geological instability in the area, the land in this area can rise and fall by several metres over just a few years, a phenomenon known as Bradyseism. The last few years have seen the ground in the area begin to rise again, with a 38 cm rise recorded since late 2005*. There have been worries that this may presage an eruption.

The last serious geological unrest in the area was in 1982-84, which saw ground levels rise by up to 1.8m. Most scientists think that the movement in this period was caused by mixed magmatic- hydrothermal activity (although some recent papers in the geochemical literature have suggested a major role for hydrothermal processes supported by deep magmatic gases, with pressurised water causing the land to rise). On the other hand, consensus exists that the current activity is caused by molten magma movement and accumulation under the Campi – which carries a greater risk of an eruption. Now however, a group of Geochemists from Second University of Naples and the Vesuvius Observatory think that the consensus has got it exactly the wrong way round.

“Everyone accepts the geochemical evidence that current activity has different causes to that of 1982-84. Most geochemists are now showing that the 1982-84 movement was caused by hydrothermal activity and the current activity is caused by magma, but we think that it’s exactly the other way round. We have checked geochemical records going back over more than 30 years, and our ongoing interpretation – looking at released gases and physical signals – seem to be consistent with current activity being hydrothermal, with the support of deep magmatic gases, rather than due to magma migration or growth of a shallow (3-4 km deep) magma chamber. We believe that this magma dynamics characterized the 1982-84 episode.Gas causing ground to rise near Mount Vesuvius volcano

This is apparently better news, at least for now; activity in which magma moves upward and accumulates tends to be associated with an increased chance of an eruption. However the change from hydrothermal to magmatic activity can take place at any time, so we’re not in a position to say that everything is well under the Campi Flegrei. The Campi Flegrei is still a very volatile place. What it does show is the difficulty in interpreting the data, even from one of the most-studied volcanic areas in the world. Reconciling all of the data is a major issue, despite our efforts.

Achieving such a unique and consistent interpretation would probably require direct access to underground geochemical, geophysical and geochemical information in the areas of interest. However, there is still a debate over the safety of drilling in such a volatile area”.

“Interpreting the causes of ground movement at restless volcanoes is an enduring problem for volcanologists. Both hot gases (steam) and magma are candidate causes, but with quite different implications for future eruptive activity. Moretti and others make a compelling case for gas, rather than magma, as the cause of the latest bradyseisms at Campi Flegrei. Their methods could be used at other restless volcanoes where there is evidence of ground uplift”