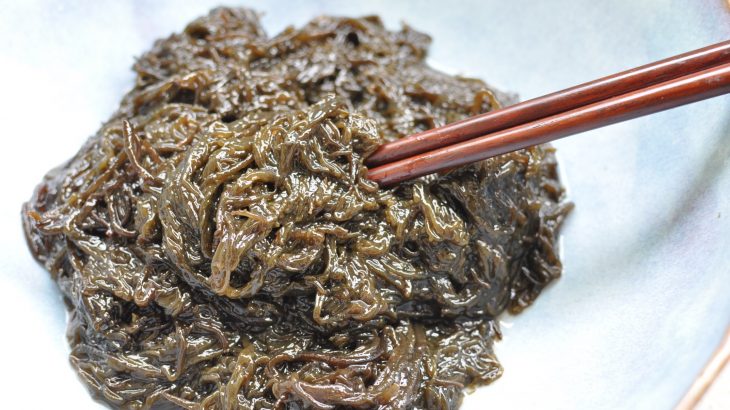 Researchers at the Okinawa Institute of Science and Technology Graduate University (OIST) have sequenced the genome of the popular brown seaweed ito-mozuku. As pollution and rising temperatures transform the ocean waters, this data may ultimately provide critical information for local seaweed farmers.

Each year, thousands of tons of seaweed is harvested along the coast of Okinawa, Japan. But now, scientists are warning that a changing climate and a polluted ocean will lower the annual yield and create a demand for new cultivation methods.

While this is the first time that the genome of ito-mozuku has been examined, the team had previously analyzed the genome of a different edible seaweed species called Okinawa mozuku.

Both seaweed species contain exceptionally high concentrations of fucoidan, a substance that is believed to have enormous health benefits such as preventing the formation of blood clots and cancerous tumors. The scientists have now discovered which genes are responsible for the high fucoidan concentration.

The researchers found that both mozuku species contain a fused gene that drives the production of fucoidan. On their own, the two genes code for two separate enzymes. Once they are fused, the genes can be expressed simultaneously and produce a single enzyme equipped with two functions. This enzyme is what enables mozuku to make fucoidan so efficiently.

The study also revealed that ito-mozuku has an additional pair of fused genes that is not present in Okinawa mozuku. They predict that these genes are responsible for a chemical reaction that could be key to the substance’s health benefits.

Beyond the implications for the health food industry, the research is aimed at developing new farming techniques. Study first author Dr. Koki Nishitsuji, a staff scientist in the OIST Marine Genomics Unit, is now working to develop genetic markers to distinguish ito-mozuku from Okinawa mozuku.

“My future plan is to establish new methods for cultivation of this species,” said Dr. Nishitsuji. “Using those markers, we can do cross-breeding. This is a popular method for making new varieties of land plants, especially wheat and potatoes, but in the case of seaweed, no one has succeeded in cross-breeding.”