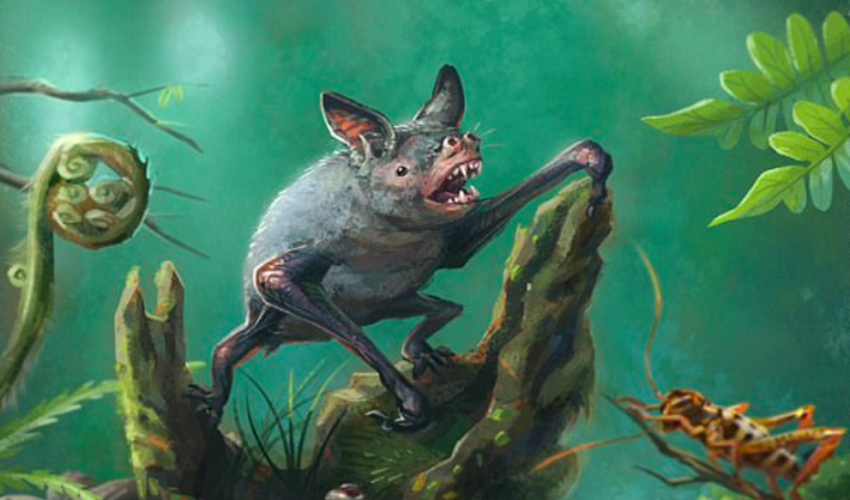 An international team of researchers led by the University of New South Wales (UNSW) has discovered the fossilized remains of a giant bat that dates back 19 million years. The bat may have been the largest burrowing bat that ever existed.

Study first author Sue Hand is the Director of the PANGEA Research Centre at UNSW.

“Burrowing bats are more closely related to bats living in South America than to others in the southwest Pacific,” said Professor Hand.”They are related to vampire bats, ghost-faced bats, fishing and frog-eating bats, and nectar-feeding bats, and belong to a bat superfamily that once spanned the southern landmasses of Australia, New Zealand, South America and possibly Antarctica.”

The team recovered some of the ancient bat’s teeth and bones in sediment that dates back 19 to 16 million years near St. Bathans, New Zealand. The burrowing bat was around three times the size of modern-day bats.

The bat was named Vulcanops jennyworthyae for Vulcan, the mythical Roman god, and also for Jenny Worthy, who found the bat remains.

Burrowing bats, which are only found today in New Zealand, have a unique lifestyle. They can fly, yet often forage along the forest floor.

“New Zealand’s burrowing bats are also renowned for their extremely broad diet,” said Professor Hand. “They eat insects and other invertebrates such as weta and spiders, which they catch on the wing or chase by foot. And they also regularly consume fruit, flowers and nectar.”

Professor Hand explained that the new specimen’s specialized teeth combined with its large size suggest that it had a bigger appetite than modern burrowing bats and ate more types of plants as well as small vertebrates.