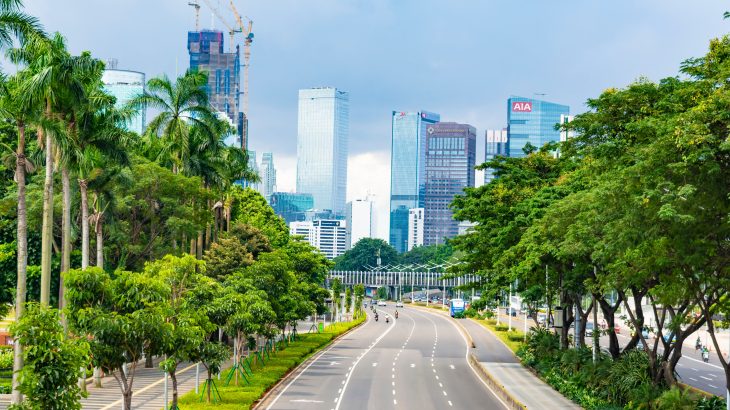 A new study has revealed that global CO2 emissions dropped by 17 percent in early April as a result of limited human activities during the COVID-19 pandemic.

An international team of scientists led by the University of East Anglia found that during the peak of COVID-19 lockdown measures, daily carbon dioxide emissions dropped to levels that have not been observed since 2006.

“Population confinement has led to drastic changes in energy use and CO2 emissions. These extreme decreases are likely to be temporary though, as they do not reflect structural changes in the economic, transport, or energy systems,” said study lead author Professor Corinne Le Quéré.

“The extent to which world leaders consider climate change when planning their economic responses post COVID-19 will influence the global CO2 emissions paths for decades to come.”

Nearly half of the decline in emissions, measured on April 7, can be attributed to reductions in vehicle, train, and ship traffic. A large decline in power generation and industrial activities accounts for 43 percent of the decrease in daily global emissions.

Among individual countries, emissions fell by an average of 26 percent. The findings suggest that social responses alone will not be enough to reach zero emissions.

“Opportunities exist to make real, durable, changes and be more resilient to future crises, by implementing economic stimulus packages that also help meet climate targets, especially for mobility, which accounts for half the decrease in emissions during confinement,” said Professor Le Quéré.

“For example in cities and suburbs, supporting walking and cycling, and the uptake of electric bikes, is far cheaper and better for well-being and air quality than building roads, and it preserves social distancing.”

The impact of COVID-19 lockdowns will lower this year’s overall emissions by around 4 to 7 percent compared to 2019, depending on the duration of confinement.

This annual drop in emissions is comparable to what is needed on a year-on-year basis over decades to achieve the climate targets of the UN Paris Agreement.

“The drop in emissions is substantial but illustrates the challenge of reaching our Paris climate commitments,” said study co-author Professor Rob Jackson of Stanford University. “We need systemic change through green energy and electric cars, not temporary reductions from enforced behavior.”