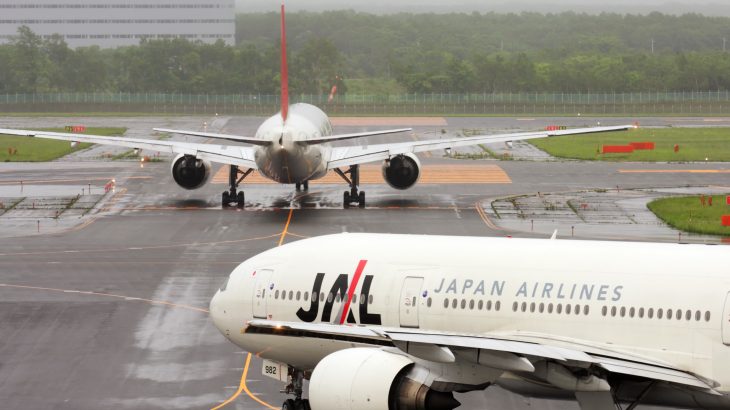 More than 70 percent of all greenhouse gas (GHG) emissions are released from major urban areas. The ability to monitor emissions from cities is a critical step in reaching global targets to mitigate climate change.

A new study has revealed that commercial airliners can be used to obtain important data to help estimate CO2 emissions from urban areas.

Study co-author Hidekazu Matsueda is a researcher at the Meteorological Research Institute in Japan.

“Following the aircraft measurements conducted between Tokyo and Australia that I initiated in 1993, and had maintained during my entire career, the CONTRAIL program continuously expanded its global network and has provided numerous data to understand the carbon budget of this planet,” explained Matsueda.

Recently, the team characterized CO2 variations for 34 major cities by analyzing thousands of vertical ascending and descending measurements over airports.

The CONTRAIL airplanes fly up and down over Narita International Airport on a near-daily basis. The aircraft are capable of obtaining an atmospheric chemical signature of the Greater Tokyo Area, which is several tens of kilometers away.

With major airports located in close proximity to most larger cities, the team collected data from various airports to retrieve CO2 emission signatures.

“We analyzed millions of observational data collected at and around the Tokyo Narita Airport and found clear CO2 enhancements when the wind comes from the Greater Tokyo Area,” said Umezawa.

“That was also the case globally for other airports, such as Moscow, Paris, Beijing, Osaka, Shanghai, Mexico City, Sydney, and others.”

The team investigated the CO2 variability in the lowermost atmosphere over these airports. Study co-author Kaz Higuchi is a professor of Environmental Studies at York University.

“Short-term changes in the CO2 concentration in the lower atmosphere are associated with various factors such as the upwind pattern of CO2 emissions and uptakes, flight path and its geographical position relative to the locations of emissions and uptakes, and meteorological conditions during each landing and takeoff,” said Professor Higuchi.

“Despite these complex conditions under which the measurements are made, it was very interesting that we found a relationship between the magnitude of CO2 variability and CO2 emissions from a nearby city.”

The findings indicate data from commercial airliners can complement other observations from satellites and ground stations to estimate urban CO2 emissions.