How global cooling may have done in the dinosaurs • Earth.com 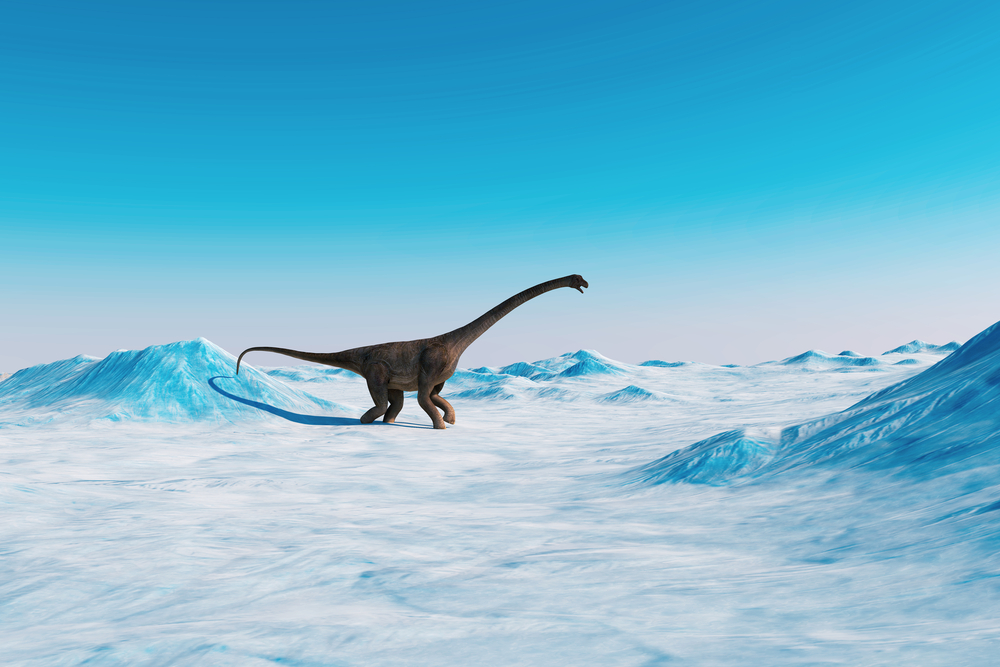 How global cooling may have done in the dinosaurs

About 66 million years ago, an asteroid slammed into the Earth. It ushered in the mass extinction of the dinosaurs and ushered in the Age of Mammals. And global cooling was the key, according to a new scientific study.

What scientists know is that the Cretaceous Period ended approximately 65.5 million years ago with a mass die-off of dinosaurs, plants, and other animals.

The impact of the asteroid that formed the Chicxulub crater in Mexico likely caused the seas to churn and dust to fill the sky. For years, scientists have assumed it was the initial dust cloud that caused the extinction.

It may have played a role. However, the new study suggests the driving force behind the death of the dinosaurs was global cooling.

Climate scientists from the Potsdam Institute for Climate Impact Research were able to reconstruct how the asteroid strike would have affected the Earth’s atmosphere.

The impact caused sulfur-bearing gases to evaporate, the researchers said. Tiny aerosol droplets of sulfuric acid then reformed high in the Earth’s atmosphere. Those aerosols blocked the sun’s warmth and dulled its light long after the dust clouds settled, they said.

“Depending on aerosol stratospheric residence time, global annual mean surface air temperature decreased by at least 26 [degrees Celsius], with 3 to 16 years subfreezing temperatures and a recovery time larger than 30 years,” the scientists wrote.

In the tropics, the average yearly temperature likely dropped from about 80.6 to 41 degrees Fahrenheit, they said.

This would have caused a massive glacial expansion and utter havoc on the food chain.

That cooling would have added on to the freezing, dark misery brought by the dust clouds. Both would have piled on local events like tsunamis, fires, and other disasters sparked by the impact.

The oceans would have been affected, too, if less directly.

“The surface cooling triggered vigorous ocean mixing which could have resulted in a plankton bloom due to upwelling of nutrients,” the scientists wrote.

They came to their conclusions after running a complex simulation of the Earth’s climate following the asteroid strike. Previous studies missed the significance of global cooling because they focused on the dust cloud or only one aspect of the climate effects, the scientists said.

If the Cretaceous extinction event hadn’t happened, humans wouldn’t be around today. But the event shows just how important a stable climate is, the scientists said.