The ‘Global Deal for Nature’ is ambitious - but is it fair and doable? • Earth.com 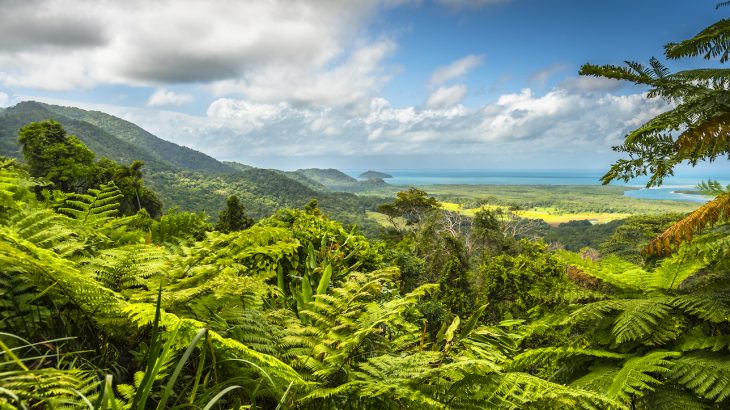 The ‘Global Deal for Nature’ is ambitious – but is it fair and doable?

Anyone who accepts the science related to our global environment knows that we live in perilous times.  Climate change is exasperating a planet already damaged by habitat destruction, pollution, and a growing ambivalence and disconnection of humans to the rest of the world.  Extinction rates are high and we are losing the transcendental beauty and livability of our one home.

The Center for Biological Diversity reported that extinction rates are now 100 to 1,000 times higher than their natural background rates.  The elevated extinction rates are almost entirely caused by human action, too. In the past 500 years, 1000 known species went extinct; species like passenger pigeons and the Tasmanian Tiger.  It’s now predicted that 30 to 50% of all species on Earth could be threatened with extinction by the middle of the century.

Loss of biodiversity isn’t just bad for the animals that become extinct, there are very real practical consequences for humans too.  Yale Environment 360 reports that the United Nations now warns of a loss of food security due to the loss of biodiversity.  Fertilizing soils, cleaning water, and pollinating plants are all services that healthy, diverse ecosystems provide.  With losses of biodiversity, we can’t expect these ecological services to be provided. Human well-being and survival are directly impacted by biodiversity.

To solve such a widespread problem, the solution must also be widespread and extremely effective.  In his 2016 book Half-Earth, naturalist and famed Harvard entomologist E.O. Wilson called for half of the Earth to be preserved in order to maintain the integrity of the planet as we know it.  The vision E.O. Wilson put forward is a grand one that would include radically expanding the world’s protected areas to include 85% of the earth’s biodiversity (half of the land and marine area).  Unfortunately, this vision may be too ambitious to become a reality.

Social scientists Bram Büscher and Robert Fletcher have criticized Wilson’s plan, pointing out that setting aside reserves often unjustly excludes minorities and the poor.  They also push back on Wilson’s critique of the new type of ‘Anthropocene’ conservationists that promote giving up parks and instead encourage mixing of humans with ‘nature’ in better ways.  The critique also comes close to insinuating that Wilson’s plan is racist, pointing out his desire for population control targets Africa, South America and parts of Asia, the areas that actually consume fewer resources despite having large human populations.

The same debate has extended to a UN scientific committee on biodiversity, according to Nature.  The Intergovernmental Science-Policy Platform on Biodiversity and Ecosystem Services (IPBES) is a panel tasked with protecting global biodiversity.  Unfortunately, the panel is deeply divided between scientists from richer northern countries and those from poorer nations in the south. The divide is ideological too, creating contentions between different scientific disciplines.

Whatever your views on Wilson’s half-Earth plan, whether it is a utopian pipe dream or a vision of hope, it’s been revitalized recently in another form.

Echoing the plan of 50% of the Earth being conserved in parks, scientists published a paper in Bioscience in 2017 promoting the idea of protecting half of the Earth and fleshing out the specifics.

Just this month, some of the same scientists published a new paper promoting a very similar idea in Science, titled, ‘A Global Deal For Nature: Guiding principles, milestones, and targets’.  The new paper is meant to be an accompaniment piece to the Paris Climate Accords and is intended to be a framework for politicians to move forward on.  The report claims that less than half of the Earth’s ecosystems are intact, and maintaining all of those that are left (coupled with the Paris agreement) is necessary to avoid a 1.5°C rise in average global temperature.  The paper also argues that the most straightforward way to prevent catastrophic climate change is to maintain or restore 50% of the Earth’s ecosystems.  Overall, it suggests first saving 30% of the Earth’s ecosystems and managing the remaining 20% sustainably for restoration by 2030.

The plan highlights the abilities of intact forests as well as mangroves, peatlands, and other ecosystems to sequester carbon more effectively than human planted monocultures.  It also speaks to the impacts of poaching and habitat destruction on biodiversity and extinction beyond simply climate change.

To specify areas that need protection, the plan presents a map of the Earth’s different ecoregions, calling for 30% of each ecoregion should be protected.

The report was released just weeks before a divided IPBES releases an assessment of global biodiversity and ecosystems services, the most comprehensive assessment in 15 years.  It seems possible that the plan may inflame the tensions already mounting within the organization and alienate those from social sciences and under-represented groups. In the meantime, some prominent environmental advocacy groups have already thrown support behind the proposal.

The Leonardo DiCaprio Foundation is already promoting the Global New Deal for Nature, saying, “we know that natural ecosystems are key to maintaining the abundance and diversity of life on Earth as well as human prosperity in a warming world.”

Unfortunately, human prosperity isn’t a universally distributed attribute.  It is vitally important for all aspects of our health to save wildness in the Earth, but it’s important that we look at the matter fairly.  America is the most prosperous nation in the world and we also consume a disproportionate amount of natural resources, destroying more than we have any right to.  The same can be said for much of the developed world. If we start to villainize the poor, we miss the point that they already suffer more from environmental destruction than the rich. If this plan is to succeed, it will need support from farmers, indigenous peoples and the poor.

How well we can balance compassion for humanity and a love for wilderness will be of increasingly vital importance.    —