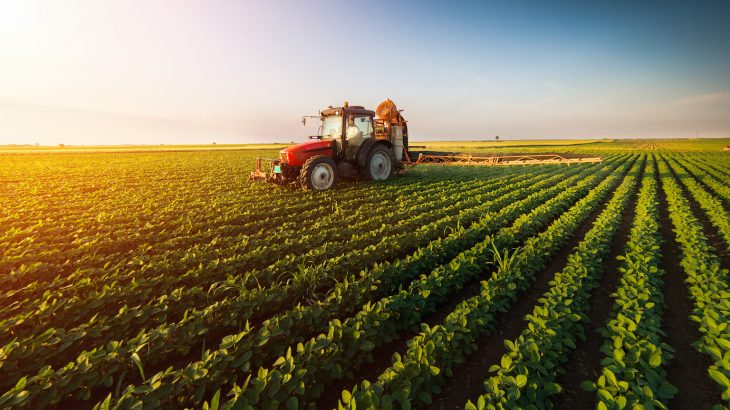 Inefficient global food systems are a catalyst of climate change

Climate change isn’t a regional problem – it’s a global one. That’s why 130 national academies of science and medicine have now united in an effort to urge policy-makers to take immediate action on climate change to improve the sustainability of global food systems.

The report is called “Opportunities for future research and innovation on food and nutrition security and agriculture: The InterAcademy Partnership’s global perspective,” and calls for an end to business as usual, urging leaders to use science to guide policy and innovation.

“It is not only the environment that is at stake, but health, nutrition, trade, jobs and the economy,” explains Joachim von Braun, co-chair of the InterAcademy Partnership (IAP) project on Food and Nutrition Security and Agriculture. “Agriculture and consumer choices are major factors driving disastrous climate change. We need a robust and ambitious policy response to address the climate impacts of agriculture and consumer choices – and scientists have a major role to play. Our new report is a wake-up call to leaders.”

Not only does it show that food transport and other agriculture processes contribute between 20 to 25 percent of global annual emissions, but this past year has shown how vulnerable food systems are to extreme weather and climate change. Furthermore, the absolute number of undernourished people continued to increase in 2018.

The report details how climate change is exacerbating food and nutrition insecurity and inequalities, as the drive for calories in food production has caused health problems such as obesity. “In addition to climate change, our current food systems are negatively impacting people’s health around the globe,” says Volker ter Meulen, M.D., Co-Chair of the IAP project on Food and Nutrition Security and Agriculture, as well as president of the IAP. “High-calorie diets have become cheaper, and this has serious implications for public health, obesity, and malnutrition. Science is critical to tackling the Sustainable Development Goals, in particular, hunger and health.”

It is clear that there is an urgent need for strengthening evidence-based policies and programs, and investing in solving the most dire challenges of our times: mitigating climate change through changes to food production and consumption, and ensuring that people globally have access to nutritious, affordable and environmentally sustainable food. These issues also have a trickle-down effect on the global economy, trade, and jobs.

The IAP is calling for a shift to climate-smart food systems, and stresses that limiting agriculture’s greenhouse gas emissions would still be insufficient in addressing food systems’ impact on climate change. There is a need for incentives to encourage people to improve their diets both for public health and for the environment – so it’s imperative policymakers find ways to motivate this improved consumer behavior.

The group believes that creating an international advisory panel on food and nutrition security and agriculture that involves established academies would be a good first step, as this could help strengthen the necessary international governance changes.