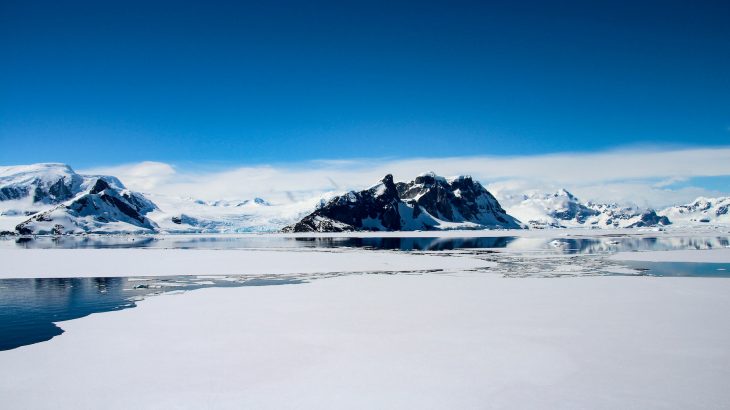 Scientists are predicting that climate change will eventually turn Antarctica green, as ice sheets continue to shrink and the conditions become suitable for plants to return.

According to experts at the Potsdam Institute for Climate Impact Research (PIK), the last time atmospheric levels of carbon dioxide (CO²) were as high as they are today was three million years ago during the Pliocene period.

Study lead author Matteo Willeit told CNN that the current amount of atmospheric CO2 is “unnatural,” and that rising CO2 levels are pushing the Earth’s climate beyond conditions ever experienced by humans. He added that, at the current rate of global warming, the average global sea level will rise by as much as two meters in the next 200 years.

The researchers used a new computer simulation for the study, which is the first to combine data on ocean-floor sediments with the analysis of historic ice volumes.

On Wednesday, a meeting was held by the Royal Meteorological Society and the Grantham Institute for Climate Change to discuss the climate of the Pliocene, which may provide insight into the pressures that the planet is facing today. The experts discussed sedimentary records and plant fossils from near Antarctica which show that summertime temperatures during the Pliocene were 14 degrees Celsius hotter than what we currently experience.

Martin Siegert, a professor at Imperial College, told reporters that there will likely be a “lag” before the full effects of global warming are felt. “If you put your oven on at home, and set it to 200C, the temperature doesn’t get to that immediately. It takes a bit of time, and it’s the same with the climate.”

Professor Dame Jane Francis is the director of the British Antarctic Survey. She said that the remains of forests that once existed in Antarctica have been found, and that they likely date back the Pliocene.

“If our mission was to put that carbon dioxide back into the atmosphere and recreate the Cretaceous period, 100 million years ago – if that was our mission, we are doing a pretty good job,” said Professor Siegert. He is calling for global action to address the issue of rising CO2 levels and global warming.

“The consequences of what we have done over 150 years will continue into the future, so it’s up to us to do something,” said Professor Siegert.