A new way to curb global warming hides beneath the Earth’s surface • Earth.com 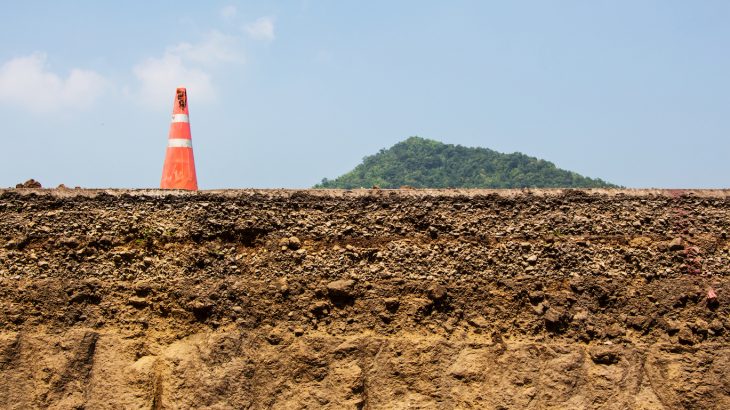 Marc Kramer, an associate professor of environmental chemistry at Washington State University Vancouver, has discovered that one-fourth of carbon within the Earth’s soil is bound to minerals about six feet below the surface. This revelation could lead to new ways to deal with the influx of carbon due to global warming.

Kramer, who made this discovery with help from his colleague Oliver Chadwick, a soil scientist at the University of California Santa Barbara, explained via his study, published in the journal Nature Climate Change, that water dissolves organic carbon and pulls in deep into the soil. There, the carbon is physically and chemically bound to certain minerals.

Kramer estimates that 600 billion metric tons (known as gigatons) of carbon is currently underneath the Earth’s surface — that amount is more than twice the carbon added into the atmosphere since the Industrial Revolution. Most of this carbon is underneath the world’s wettest forests, which unfortunately, won’t absorb as much carbon as atmospheric temperatures continue to rise.

This “major breakthrough” discovery, as Kramer called it, is a starting point for the process of moving atmospheric carbon underground as climate change and global warming progresses. However, there is still major work to be done.

“We know less about the soils on Earth than we do about the surface of Mars. Before we can start thinking about storing carbon in the ground, we need to actually understand how it gets there and how likely it is to stick around,” Kramer said. “This finding highlights a major breakthrough in our understanding.”

Kramer analyzed soil from all over the world to come to his conclusion. He found that moist environments absorb more carbon than drier ones due to layers of organic material sequestering and transporting carbon six feet below the forest ground’s surface. However, Kramer notes that if climate change warms these wet forests, there may be less water moving carbon underground because of evaporation.

Even so, this discovery can help scientists figure out how to begin moving atmospheric carbon below the Earth’s surface in an attempt to fight back against global warming.