Global warming may slow the spread of dengue fever • Earth.com 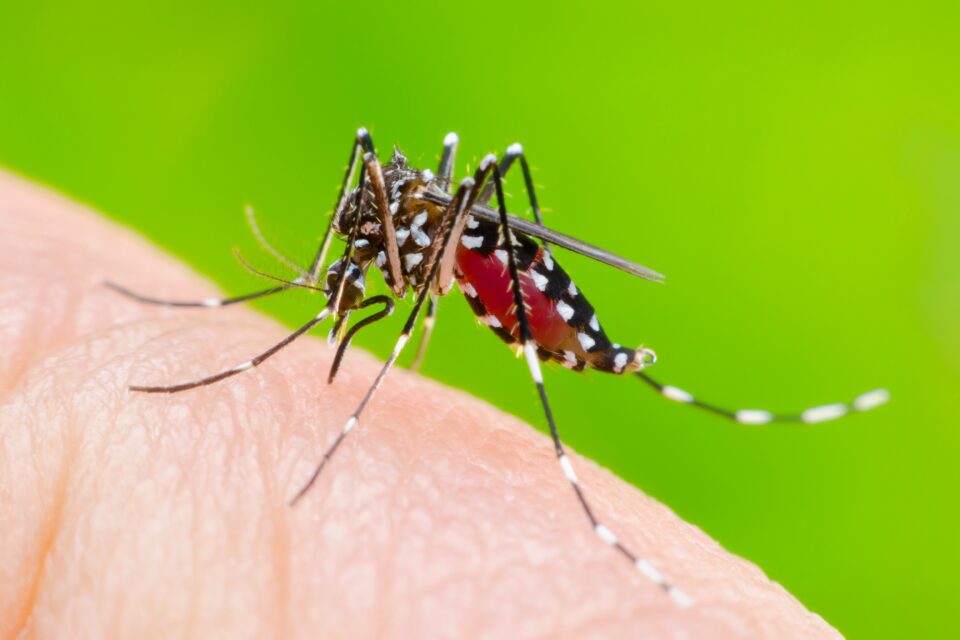 Global warming may slow the spread of dengue fever

Dengue fever is a potentially lethal disease of humans that is caused by a virus transmitted in the saliva of certain mosquitoes. Recent studies led by Penn State researchers have found that mosquitoes of the species Aedes aegypti that are infected with dengue virus are less tolerant of the higher temperatures associated with global warming.

There is currently no cure for dengue fever in humans, and the disease kills around 40,000 people each year. In addition, Ae. aegypti mosquitoes are vectors of other human viral diseases, such as Zika, chikungunya and yellow fever.

“Aided by increasing urbanization and climate change, this mosquito’s range is expected to overlap with 50% of the world’s population by 2050, dramatically increasing the number of people who could potentially be exposed to these viruses,” said Professor Elizabeth McGraw.

In the past, scientists have tried to combat the spread of dengue virus by infecting Ae. aegypti mosquitoes with a biological control agent in the form of the bacterium Wolbachia pipientis. This microbe prevents viruses from multiplying inside the mosquito’s body. The infected mosquitoes are then released into the environment but cannot transmit dengue virus to humans.

The heat sensitivity of dengue and Wolbachia-infected mosquitoes was tested by placing the insects into sealed vials which were then immersed in a hot water bath at 42oC. The researchers recorded how quickly the mosquitoes became immobilized on their backs and compared this with rates of death in uninfected control mosquitoes.

“We are, however, the first to show that viral infection can affect mosquito thermal tolerance, specifically by reducing mosquito survival during exposure to high heat. And, while there are some known interactions between heat and Wolbachia, particularly in immature stages, this is also the first study to show that adult infected-mosquitoes have reduced survival during heat stress.”

According to Ware-Gilmore, the lack of mosquito thermal tolerance could help reduce transmission and potentially human disease incidence in hotter climate regions.

This is particularly relevant as the effects of global warming are felt throughout the world. However, these results also suggest that Wolbachia will no longer be a useful tool of biological control in the fight against the spread of dengue fever, given that it also increases the heat sensitivity of infected mosquitoes.

The research is published in the journal PLOS Neglected Tropical Diseases.