Glowing patterns found on chameleons for the first time • Earth.com 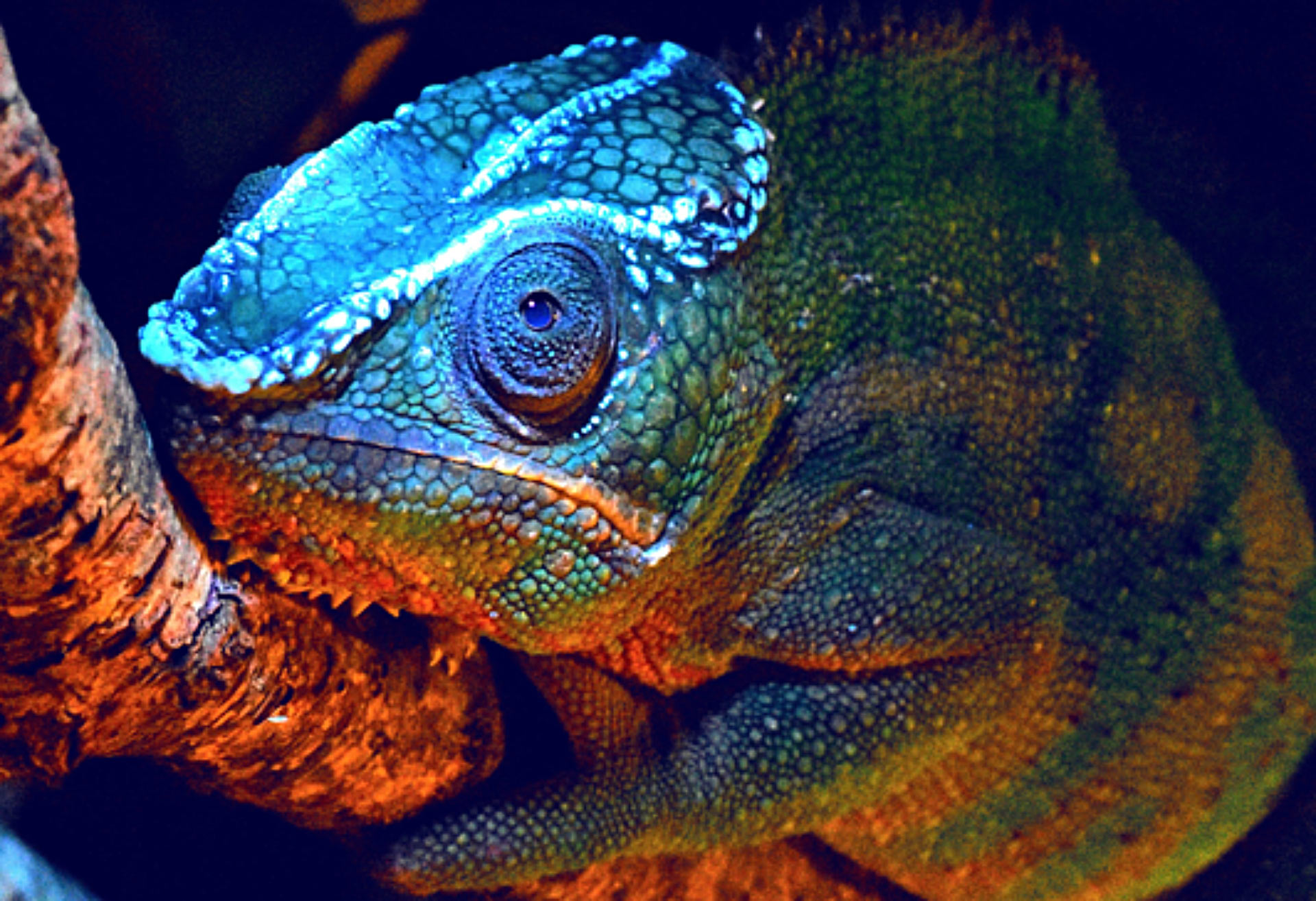 Glowing patterns found on chameleons for the first time

Researchers in Germany have discovered that chameleons have a flashy way of communicating that has gone undetected until now. Chameleons have protrusions on their heads that glow bright blue under ultraviolet light, revealing incredible patterns.

The researchers found that the small projections on the bones around the face, or tubercles, are covered by skin that is thin enough to allow the bone to be visible, and bones glow under UV light.

“It has long been known that bones fluoresce under UV light, but that animals use this phenomenon to fluoresce themselves has surprised us and was previously unknown,” said study co-author Dr. Frank Glaw.

David Protzel is a PhD student at the Bavarian State Collection of Zoology and the lead author of the study.

“We could hardly believe it when we lit the chameleons in our collection with a UV lamp,” said Protzel. “Almost all species showed blue, previously invisible patterns in the head area, some even distributed over the entire body.”

Chameleons are known to use body language and color changing in order to communicate, and these glowing patterns are likely another form of communication. The experts believe the chameleons use this bone-based fluorescence, which would stand out in a forest setting, as a way to scare off predators, attract mates, or to recognize each other.

The research team used micro-CT scans to closely examine the fluorescent patterns, and determined that these patterns vary across different species. Although bioluminescence is quite common in underwater animals, it is rarely seen in land animals.