New dinosaur had armor for protection – and attraction • Earth.com 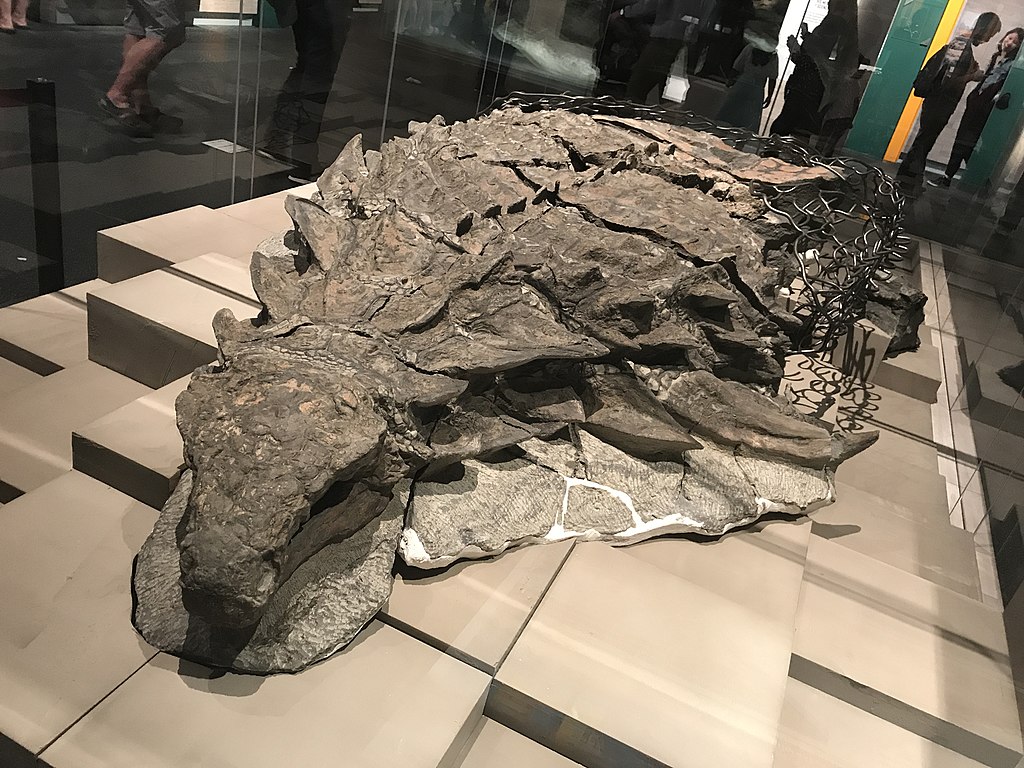 New dinosaur had armor for protection – and attraction

A new dinosaur covered in bony armor may have used its shoulder spikes not just for self-defense but to attract a mate, according to new research.

The rhino-sized Borealopelta markmitchelli fossil was discovered by miners in Alberta, Canada in March 2011, but was not unveiled as a new species until earlier this year, when excavation of the specimen was completed.

The fossil is incredibly well-preserved, according to scientists. The fossilization included soft tissues like skin, which is rare.

A team from the Royal Tyrrell Museum of Paleontology, which has the specimen on display, believe that the armor on the new dinosaur may have served a few different purposes, particularly the imposing, exaggerated spikes found on the specimen’s neck and shoulders.

“For most of these elaborate structures in living animals – tail feathers in birds, coloration in lizards, horns in mammals – the driving [evolutionary] force is generally sexual selection,” Dr. Caleb Brown, who is one of the researchers studying the fossil, told National Geographic. “That doesn’t preclude its function in defense or species recognition.”

The National Geographic Society is supporting the new research on the fossil.

“Dinosaurs, particularly Ornithischia, bear a startling array of ‘extreme’ and ‘exaggerated’ structures … that have sparked interest both in the public and amongst paleontologists,” Brown wrote in his paper. “Many of these structures are superficially similar, and perhaps functionally analogous, to those of animals alive today; such as the horns and frill of ceratopsians and those of chameleons and bovids.”

Some of those functions are sexual in nature, he added

The new dinosaur was a plant-eater, and likely lived in what is now western Canada, which would have been warm and humid at the time. Flooding may have led to the species’ demise, scientists said.

The specimen discovered in March 2011 was likely swept into a prehistoric sea – now Alberta’s oil sands – where it drowned, but was preserved until the present day.

Brown’s new research on the armored dinosaur was published in the journal PeerJ.