Increased gold mining is worsening deforestation in the Amazon • Earth.com 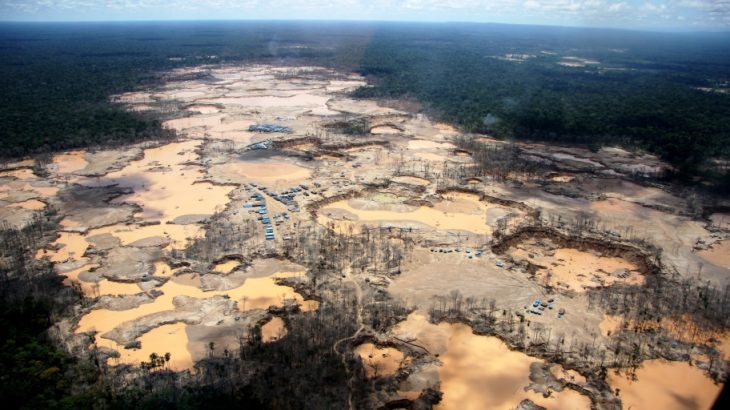 Increased gold mining is worsening deforestation in the Amazon

Scientists at Wake Forest University have found that more than 170,000 acres of primary rainforest in the Peruvian Amazon has been destroyed by small-scale gold mining. This is over 30 percent more deforestation than was previously realized.

Luis Fernandez is the Executive Director of the Center for Amazonian Scientific Innovation (CINCIA) at Wake Forest.

“The scale of the deforestation is really shocking,” said Fernandez. “In 2013, the first comprehensive look at Peruvian rainforest lost from mining showed 30,000 hectares. Five years later, we have found nearly 100,000 hectares of deforested landscape.”

Miles Silman is the associate director of Science for CINCIA and the director of Wake Forest’s Center for Energy, Environment, and Sustainability (CEES), who has researched biodiversity and ecology in the Western Amazon and Andes for more than 25 years.

“Combining the two methods gives us really good information about the specific kind of deforestation we’re looking for,” said Silman.

Artisanal-scale gold mining has been challenging to detect, yet the damage is extensive. Small crews of artisanal miners do not expect to hit it big, but they hope to collect the flakes of gold in rainforest.

“We’re not talking about huge gold veins here,” said Fernandez. “But there’s enough gold in the landscape to make a great deal of money in a struggling economy. You just have to destroy an immense amount of land to get it.”

The process that is used to look for gold is environmentally catastrophic.

“You take out everything above ground – vast amounts of rainforest – and then you take the soil, run it through a sluice and wash away all that is good in it. What you have left is an alien environment,” said Silman. “All the scenery should look like broccoli. It looks like desert.”