Fossils found in Brazil were from ancient reptile species • Earth.com 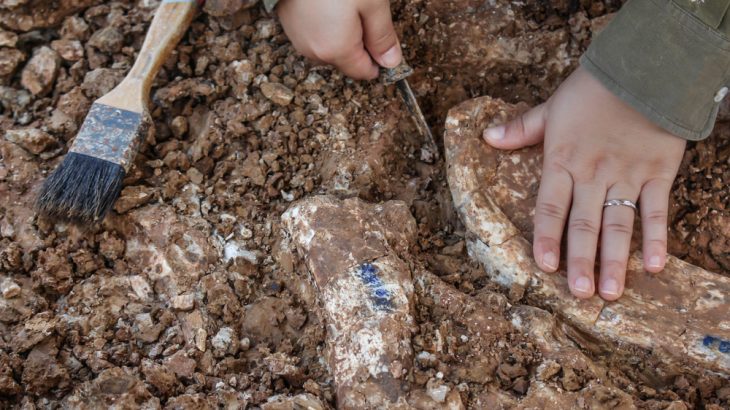 Fossils found in Brazil were from ancient reptile species

The land mass would someday split to become Africa, India, Australia, South America and Antarctica. The reptiles – known as sphenodontians – would eventually go extinct, for the most part, although one living descendant species still lives in New Zealand.

But a jaw and some skull bones discovered in the state of Rio Grande do Sul in southern Brazil is changing what paleontologists and other scientists thought they knew about the diverse sphenodontians – lizards and snakes that lived during the time of the dinosaurs.

The fossils belonged to a member of Clevosaurus hadroprodon, a newly described species about the size of a gecko. The ancient reptile species lived during the late Triassic and early Jurassic periods, and is now the oldest known member of the Clevosauridae family.

But the fossils held some surprises for researchers.

“Clevosaurus hadroprodon is an important discovery because it combines a relatively primitive sphenodontian-type tooth row with the presence of massive tusk-like teeth that were possibly not for feeding, but rather used for mate competition or defense. If correct, this means that non-feeding dental specializations predated changes in the sphenodontian dentition related to feeding strategies. This is a very exciting discovery.” co-author Dr. Randall Nydam of Midwestern University said.

Until this discovery, scientists had believed that the tusk-like teeth had developed later.

“This feature is typically observed only in later sphenodontian lineages,” lead author Dr. Annie Schmaltz Hsiou of the University of São Paulo said.

The new fossils from the ancient reptile species also hint that sphenodontians may have seen early diversification in separate areas of Gondwana – one that would become South America, and another that would become India.

The team described the newly discovered species in the journal Scientific Reports. Funding for the research was provided by the Natural Sciences and Engineering Research Council of Canada.