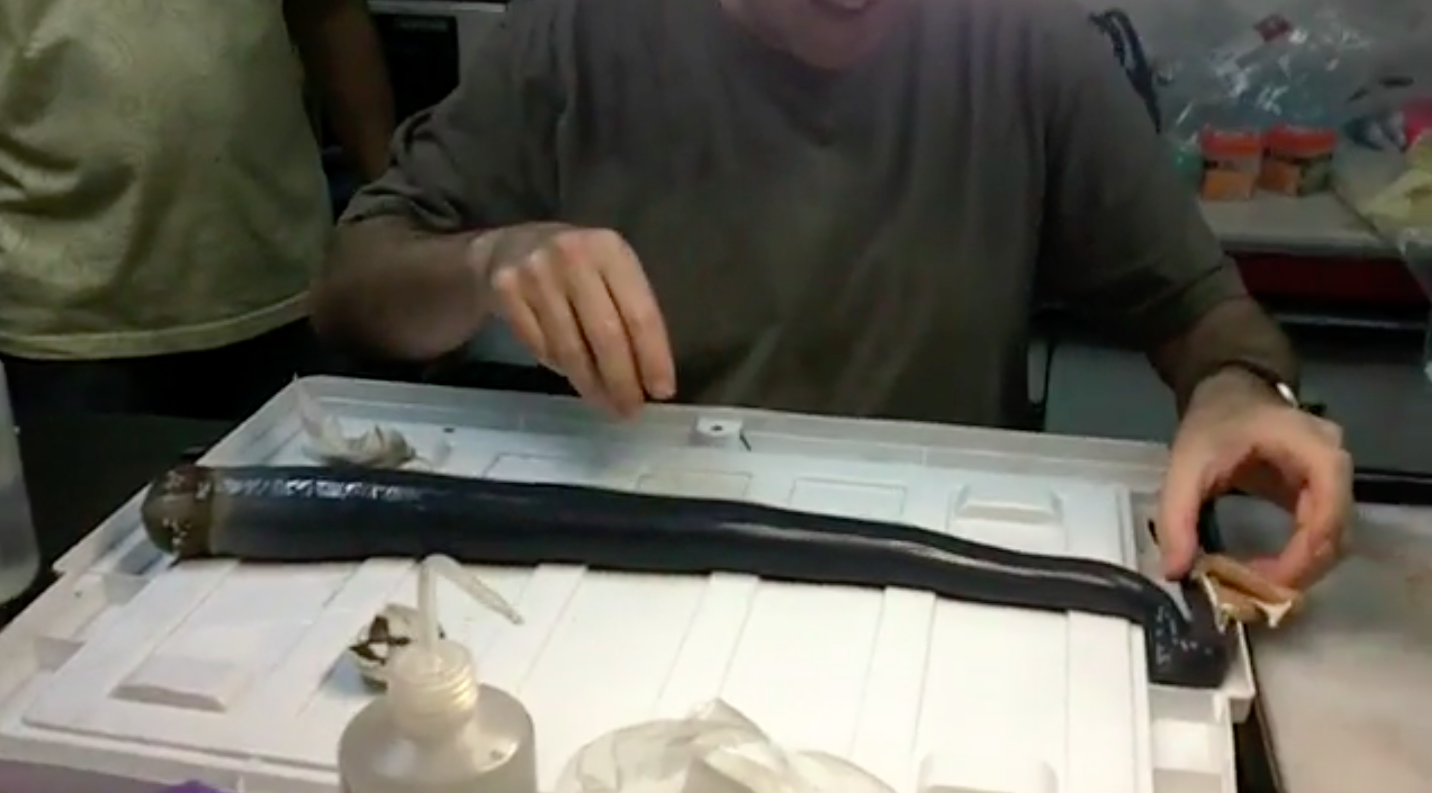 It’s a giant, black, mud-dwelling, shipworm and it doesn’t eat much.

That’s what an international team of researchers is now investigating following the discovery of the creature inside a shell in the Philippines, according to the University of Utah.

The existence of the giant shipworm has been known for centuries because of the three-to-five foot shells it lives in and leaves behind, the University said. Finding a live specimen of the worm has been elusive.

“The shells are fairly common,” said lead investigator Daniel Distel, Ph.D., a research professor and director of the Ocean Genome Legacy Center at Northeastern University, “But we have never had access to the animal living inside.”

It was unclear exactly where the worm, Kuphus polythalamia, lived until Philippines television aired a documentary showing the creatures in a shallow lagoon and prompting a team of researchers to launch an expedition.

The international team led by scientists at the University of Utah, is the first to research the worm. The finding will be published online in the Apr. 17 issue of the Proceedings of the National Academy of Sciences.

The researchers huddled around Distel as he carefully washed the sticky mud caked to the outside of the giant shipworm shell and tapped off the outer cap, revealing the creature living inside.

“I was awestruck when I first saw the sheer immensity of this bizarre animal,” says Marvin Altamia, researcher at the Marine Sciences Institute, University of the Philippines.

It’s not your average shipworm, which burrows deep into wood that has washed into the ocean and digests it with the help of bacteria. Kuphus lives in the mud, using bacteria that live in their gills to make food for them. The bacteria use hydrogen sulfide as energy to produce organic carbon that feeds the shipworm.

“We are also interested to see if similar transitions can be found for other animals that live in unique habitats around the world,” said Distel.