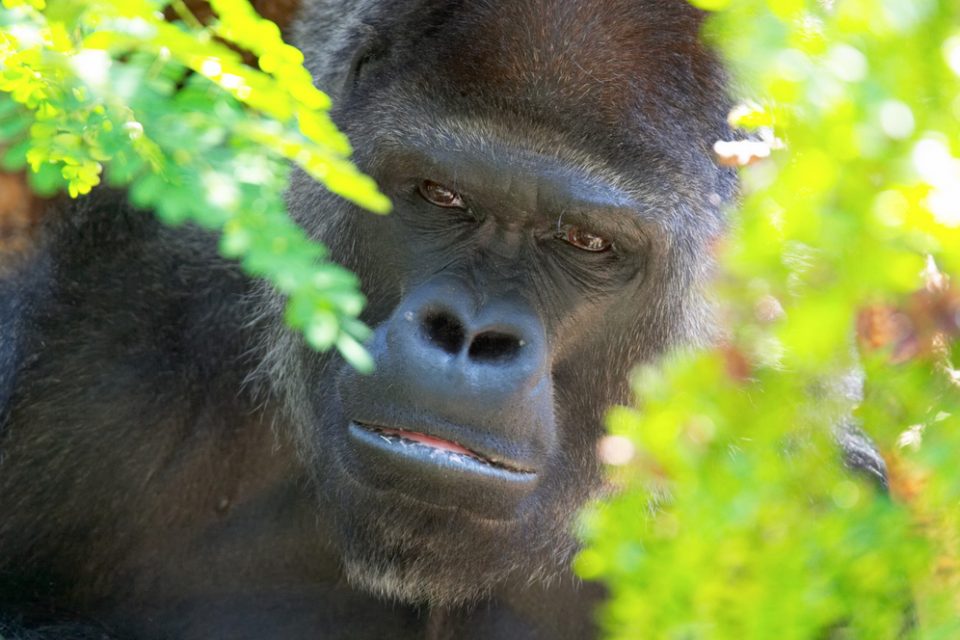 That view has been shattered as biologists spend more time observing other animals.

Elephants have been captured on video mourning dead family members and showing fascination in the deaths of strangers. Whales have been spotted holding the bodies of dead pod members for long periods before finally releasing them into the depths, which biologists say is a display of grief.

It’s not limited to mammals. Crows and their close relatives also appear to have rituals for mourning dead flockmates with “funerals.”

Koko the gorilla was able to share her emotions through sign language, including expressing grief when her kitten died.

Now, a new video released by the Daily Mail shows another gorilla grieving and adds to the body of evidence that humans are not alone in honoring the dead.

A team of researchers studying gorillas in Rwanda’s Volcanoes National Park were able to observe how different groups of gorillas reacted to three separate deaths. In all three cases, the gorillas gathered around their dead, groomed them and touched them.

In the heart-wrenching video, a young mountain gorilla was captured on film grooming its dead mother. The young gorilla, who had already been weaned, even tried to “comfort nurse.” Not shown in the video, an older son was spotted beating his chest in obvious distress over the corpse.

In another case, a group of Grauer’s gorillas found a dead male unrelated to them.

“Our observations were surprising because not only did almost all individuals in the Grauer’s gorilla group engage with the corpse of the silverback, their behavioral responses were strikingly similar to those of the mountain gorillas around the corpses of established group members,” said Dr. Amy Porter of the Dian Fossey Fund. “Most notably, individuals in all three cases typically sat close to the corpse and stared at it.”

“Among primates, especially great apes, there is compelling evidence from behavioural and physiological responses to death that they do grieve,” Porter said. “Observations may suggest that humans are not unique in their capacity to grieve.”

While mourning dead group members seems to be the most obvious explanation, Porter does note that the gorillas may also be fascinated with death. They didn’t just sit vigil, she told the Mail.

“They also touched, licked, sniffed, and groomed the corpse,” Porter said. “The behaviors may partially be explained by a general curiosity with death.”

This has raised researchers’ concerns. Gorillas can contract and spread the ebola virus.

“Given the severe health risks that can accompany close inspection of corpses, it is curious why the behaviour occurs so widely among animals, especially primates,” Porter said.