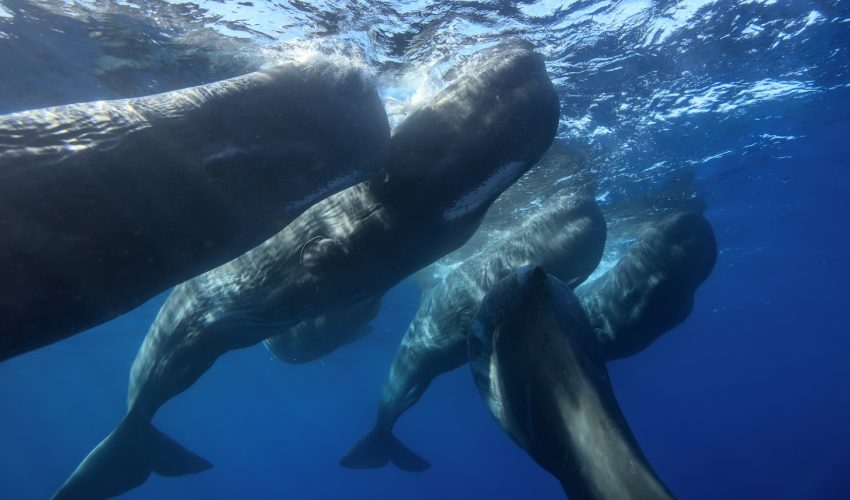 New research reveals that whales mourn their dead. A new study suggests that we should add marine mammals to the list of animals that form such strong bonds with their herds, pods, and family that they grieve and mourn their dead.

This trait has been witnessed in elephants, giraffes, chimps and now seven species of whale and dolphin, according to a new study conducted by researchers from the Dolphin Biology and Conservation at Oceancare in Italy.

The research was published in the journal Zoology.

Some whales have been seen holding onto a dead calf for long stretches of time and now, the new study says that this is representative of grief.

The animals are keeping vigil for their dead, even disregarding their own wellbeing and safety by protecting the dead calf, family member, or friend.

It’s likely a stress response and emphasizes the strong bonds formed in groups, particularly between a mother and her calf, so much so that the mother has a hard time letting go if the calf dies.

For the study, the researchers reviewed 78 reports of seven whale and dolphin species dealing with their dead and a majority of the documented events involved females taking care of their dead offspring.

Mothers and sometimes fellow podmates were observed attending to the calf, carrying it, trying to keep the corpse afloat, and even attempting to revive the calf.New research reveals that whales mourn their dead

This behavior is called postmortem attentive behavior (PAB) and the researchers found examples of PAB in 20 of the reports that were reviewed for the study.

Many instances of PAB involved dolphins, and the researchers hypothesize that this is because dolphins have more brain mass than other aquatic mammals and are highly social.

A few of the reports detailed accounts of adult males becoming aroused by a corpse of a podmate but not by calves.

The study shows that aquatic mammals react to their dead the same way that many other species and even humans do. Whales and dolphins seem to grieve or mourn and have difficulty letting go if a calf dies.

More research needs to be conducted to see if the animals truly are responding to the death of a loved one or responding to stress, but the patterns of the behavior documented undoubtedly shows some attachment to the corpse of a familiar animal.

“We found it is very common, and [there is] a worldwide distribution of this behavior,” Melissa Reggente, the study’s co-author, told National Geographic. “They are in pain and stressed. They know something is wrong.”