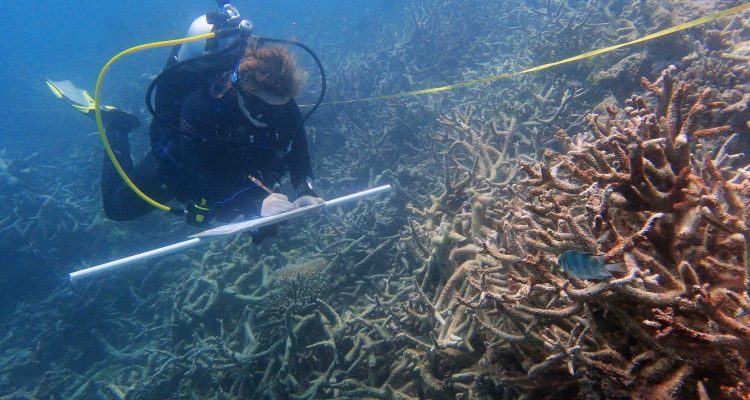 Damage to the Great Barrier Reef has been assessed after the worst coral bleaching event ever recorded.

Scientists are surveying the continued aftermath of the extreme underwater heatwave of 2015/2016 on the Great Barrier Reef. Six months on, many of the bleached corals has now died in the northern third of the Reef.

Scientists today released unique footage which shows the extent of the bleaching in March and April. The damage was most severe in the northern 700 km section of the Great Barrier Reef.

The large-scale devastation has been compounded by disease which has infected the damaged corals, and by coral predators.

Reefs in the southern half of the reef were only lightly bleached and remain in good condition.

“Millions of corals in the north of the Great Barrier Reef died quickly from heat stress in March and since then, many more have died slowly,” says Dr. Greg Torda. “Six months after the peak bleaching, the corals now have either regained their algal symbionts and survived, or they have slowly starved to death without the nutrition the algae provide to them. On the reefs we surveyed close to Lizard Island, the amount of live coral covering the reef has fallen from around 40% in March, to under 5% now.”