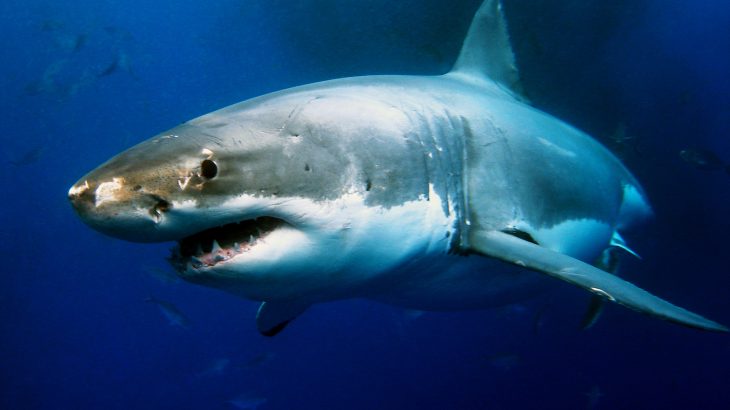 Experts have discovered a great white shark lair hidden in the Pacific Ocean. The region, located between Mexico’s Baja California and Hawaii, was previously assumed to be a barren habitat that was unable to sustain the diets of sharks.

However, a recent expedition led by scientists at Stanford University’s Hopkins Marine Station has uncovered a flourishing community of tiny marine creatures, including an abundance of squid and small fish, living well below the surface of the ocean in “mid-water” that lies on the edge of darkness.

This mysterious region could ultimately provide scientists with invaluable information about the marine ecosystem and its future response to climate change.

Salvador Jorgensen is a research scientist at the Monterey Bay Aquarium and one of the leaders of the expedition.

“The story of the white shark tells you that this area is vitally important in ways we never knew about,” said Jorgensen. “They are telling us this incredible story about the mid-water, and there is this whole secret life that we need to know about.”

Marine scientist Barbara Block has been using acoustic pinger tags to monitor great white sharks in the Pacific for 14 years. Block found that the sharks were leaving the West Coast to spend the spring and summer months in an area of the ocean that appeared to be inhospitable and barren in satellite images.

To investigate, Block organized an expedition on the Schmidt Ocean Institute’s research vessel Falkor. The team tagged 36 local sharks with advanced monitoring equipment in the fall season before the vessel’s departure in the spring.

The data recovered from the tags showed that the sharks were diving at depths that had rarely ever been observed in white sharks. According to Jorgensen, once they reached their destination in late winter and early spring, the sharks participated in “bounce dives” at around 1,400 feet below the surface during the day and at 650 feet at night.

In the remote mid-Pacific region, which Block has named the White Shark Cafe, the experts discovered a community of tiny light-sensitive phytoplankton, fish, squid, and jellyfish moving up and down in a dark layer of water.

“It’s the largest migration of animals on Earth – a vertical migration that’s timed with the light cycle,” said Jorgensen. “During the day they go just below where there is light and at night they come up nearer the surface to warmer, more productive waters under the cover of darkness.”

Jorgensen said that it is a surreal deep water world populated by bioluminescent lantern fish and other species that have evolved amazing adaptations to darkness.

“What we’ve learned through the progression of our research is that this mid-water layer is extremely important for white sharks. They are swimming in these layers, tracking (prey) day and night…It’s a game of hide-and-seek.”

Block said that the expedition has provided experts with “a gold mine of data” that has doubled a 20-year dataset on white shark diving behaviors in three weeks. The findings, according to Block, “will help us better understand the persistence of this unique environment and why it attracts such large predators.”