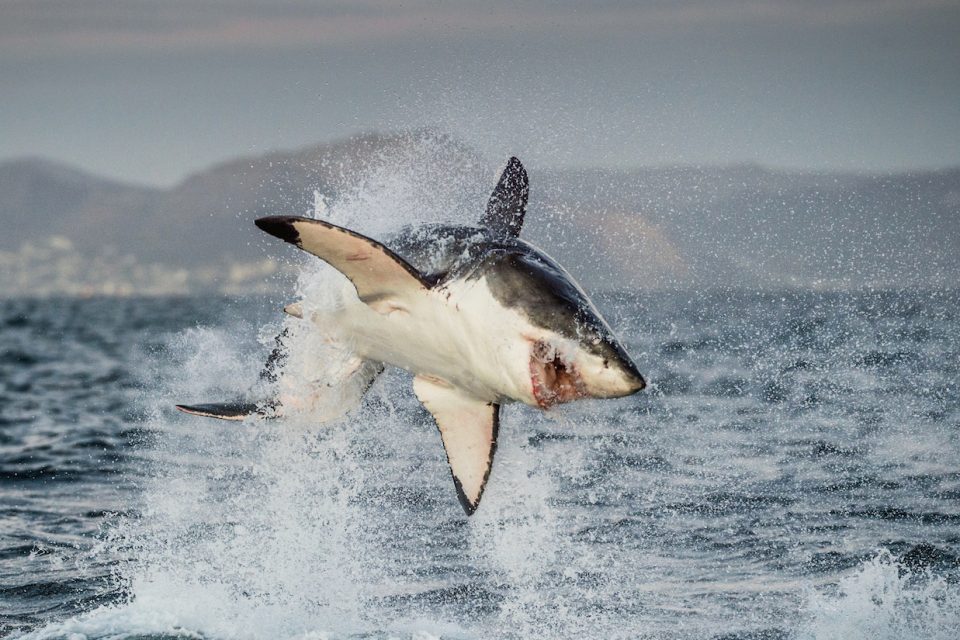 Great white sharks have yet to make an appearance this year in their usual hunting grounds off the coast of Cape Town, South Africa. Experts are working to understand whether the sharks have vanished from False Bay as a result of environmental pressures or if they are simply dodging the killer whales in the region.

Marian Nieuwoudt is a member of the Cape Town City Mayoral Committee for Spatial Planning and Environment.

“There have been no traces of bite marks from great whites on any of the whale carcasses the City had removed from False bay this year which usually indicates their feeding patterns,” said Nieuwoudt. “To our knowledge the absence of great white’s from False Bay has not been recorded before and we are at a loss at present as to why they have suddenly gone AWOL.”

An average of 205 great whites were spotted between 2010 and 2016 in this part of the Atlantic Ocean, but that number dropped to 50 by 2018. This year, there have been no sightings or evidence of great whites in False Bay, which is a region that is well-known for shark activity.

Shark Spotters, a local charity that monitors the city’s beaches to warn swimmers of nearby sharks, has not detected a single great white shark in 2019. During the summer months from January to April, the sharks can usually be seen close to the shore.

“There seems to be a shift eastwards, so that is why there has been an increase in activity in the Mossel Bay and Algoa Bay area. So it could be for some reasons whether its orcas or environmental conditions the sharks have appeared to have moved further up the east coast and not use the False Bay area,” said Waries.

Orcas, which are the only natural predators of the great white, are known to hunt down the sharks and eat their fatty livers. Since 2015, the presence of great whites has dropped significantly in False Bay after two orcas arrived and began feeding on a local colony of sevengill sharks.

Sara Andreotti, a marine biologist at Stellenbosch University, emphasized that pollution and overfishing are likely contributing to the disappearance of great whites as well. “My worry is that the focus on the orcas is distracting the attention from problems that humans could solve.”

Beyond the fact that shark tourism helps raise money for conservation, the absence of great whites could have resounding effects on the entire ecosystem.