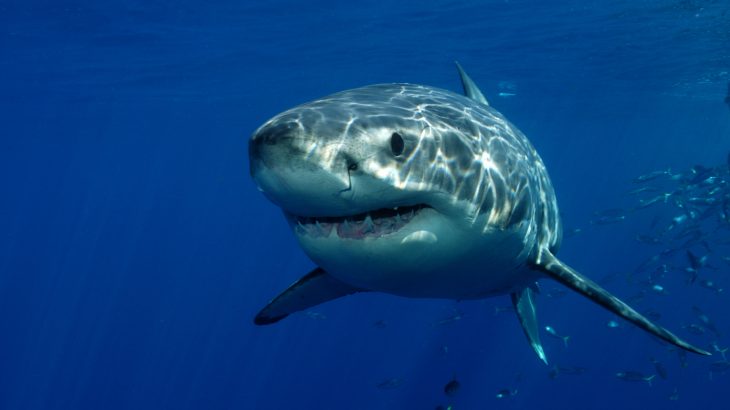 Even great white sharks, an apex predator of the ocean, would rather not face off against orca whales, according to a new study.

Researchers from the Monterey Bay Aquarium observed interactions between great white sharks and orcas off the coast of San Francisco in the Greater Farallones National Marine Sanctuary and found that great whites surrender their territory as soon as orcas are spotted in the area.

“When confronted by orcas, white sharks will immediately vacate their preferred hunting ground and will not return for up to a year, even though the orcas are only passing through,” said Dr. Salvador Jorgensen, lead author of a study documenting the new findings published in the journal Nature Scientific Reports.

Altercations between top predators on land are a well-documented occurrence, but little research has extended to top marine predators.

At the Farallones, great white sharks prey on vulnerable elephant seals between September and December each year.

For the study, the researchers were lucky enough to document four encounters between sharks and orcas in the region.

Data from 165 tagged white sharks from 2006 through 2013 as well as 27 years of seal, shark and orca surveys from the Farallones were reviewed and analyzed for the study.

“The research in this paper combines two really robust data sources,” said Jim Tietz, co-author of the study. “By supplementing the Aquarium’s new shark tagging data with Point Blue’s long-term monitoring of wildlife at the Farallon Islands National Wildlife Refuge, we were able to conclusively show how white sharks clear out of the area when the orcas show up.”

As soon as orcas arrived, the researchers found that white sharks fled and only returned the next season. In some cases, the sharks left minutes after the arrival of orcas in the area and moved to elephant seal colonies farther along the coast.

It’s hard to believe that a predator as massive and ferocious as the great white would swim away from orcas rather than risk an altercation, but that’s precisely what happens.

“These are huge white sharks. Some are over 18 feet long (5.5 meters), and they usually rule the roost here,” said Anderson. “We’ve been observing some of these sharks for the past 15 to 20 years — and a few of them even longer than that.”

Interestingly, despite being hunted by orcas, elephant seals benefit from having orcas in the area, and the researchers found that there were fewer elephant seal deaths when great whites vacated their hunting grounds.

The study adds an important new element to consider when studying predator-prey relationships.

“We don’t typically think about how fear and risk aversion might play a role in shaping where large predators hunt and how that influences ocean ecosystems,” said Jorgensen. “It turns out these risk effects are very strong even for large predators like white sharks — strong enough to redirect their hunting activity to less preferred but safer areas.”