Greenland debate highlights how the Arctic may become a promising investment • Earth.com 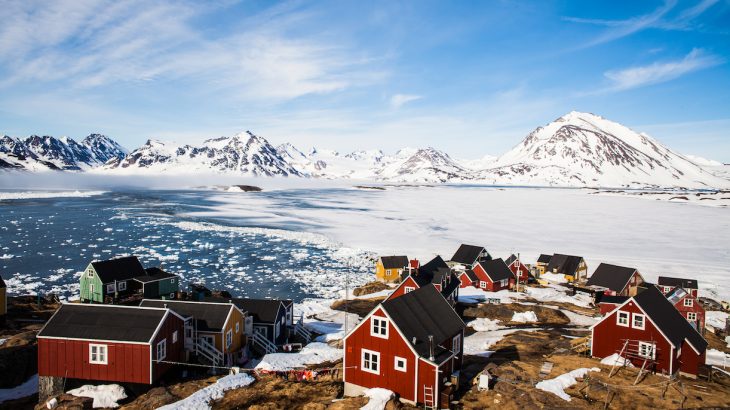 Greenland debate highlights how the Arctic may become a promising investment

Greenland is not for sale, and Denmark made that perfectly clear when the president of the United States floated around the idea of buying the autonomous Danish territory.

As reports of Trump’s proposal to buy Greenland made the rounds, it put the world’s largest island in the spotlight.

The U.S. isn’t the only country with an eye on Greenland. Many of the world’s nations are looking toward to the Arctic for its potential as an economic and geopolitical asset.

Beneath the thick layers of ice and snow that cover Greenland could be an untapped reservoir of minerals, oil, and natural gas, and as climate change-driven melting chips away at the swaths of ice, these reserves could soon be accessible.

Time recently reported that Russia, China, and other countries are setting their sights on Greenland due to the potential goldmine of minerals and oils just waiting to be extracted.

The Arctic reportedly contains a quarter of the world’s yet to be extracted oil and gas. Earlier this spring, Russia announced plans to re-establish its Arctic claims and build up a Russian presence in the area.

For China, Greenland could be an important shipping route and hold an abundance of rare earth minerals.

According to the U.S. Geological Survey, there could be 17.5 billion barrels of oil and 148 trillion cubic feet of natural gas offshore of Greenland, but as of yet, no significant quantities of oil have been found in the region.

“It’s very speculative, but in theory they could have a lot of oil,” Michael Lynch, president of Strategic Energy & Economic Research Inc, told Time. “It’s perceived as being the new Alaska, where the old Alaska was thought to be worthless and turned out to have huge reserves. And it’s one of the few places on Earth that’s lightly populated, and it’s close to the U.S.”

As temperatures climb, it could make mineral mining, oil drilling, and development easier but could also come at a dangerous cost. Calving events will become more common, and ships will have to watch out for more icebergs as they navigate through Arctic waters.

The Arctic also has a long and complicated history of strategic military importance, and the Arctic and Greenland provide a crucial corridor for North Atlantic and Arctic Naval operations, according to Time.

Greenland is finding itself at the center of a race for Arctic investments, but it’s important to consider the environmental and economic risk factors before further options for purchasing the island or drilling for oil in the Arctic are circulated through the press.